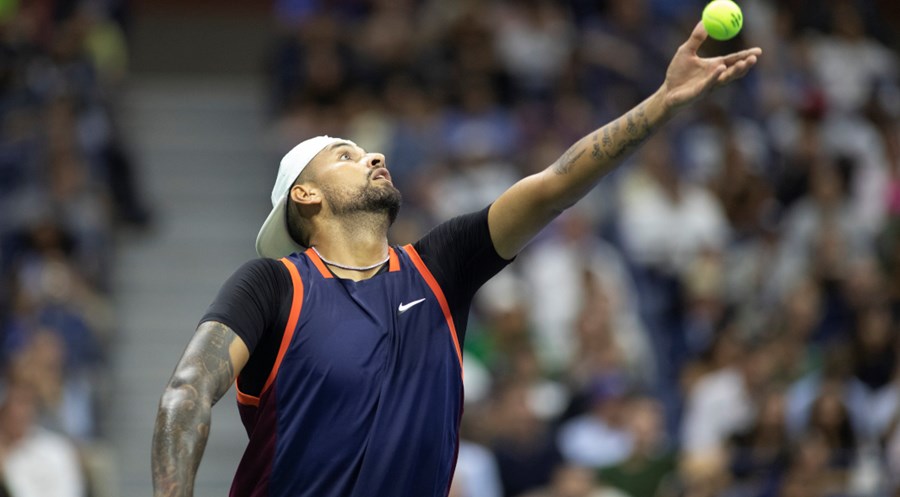 all" to focus on this week's Japan Open, despite his court hearing on Tuesday
at home in Australia for alleged common assault.

The 27-year-old Wimbledon finalist is due to have his case heard at a
magistrates' court in Canberra, on the same day he is scheduled to play in
Tokyo.

It is common for defendants not to appear for largely administrative hearings
where they have legal representation. Details of the allegation against
Kyrgios have not been disclosed.

The maverick world number 20, at his first tournament since losing in the
quarter-finals of the US Open last month, said that he had been dealing with
the case "for months" and was taking it "day by day".

"There's only so much I can control and I'm taking all the steps and dealing
with that off the court," Kyrgios, one of the most polarising figures in
tennis, said on Monday in the Japanese capital.

"I can only do what I can and I'm here in Tokyo and just trying to play some
good tennis, continue that momentum and just try to do my job -- and that's
play tennis, play it well. That's it."

The temperamental Kyrgios, whose potential has often been betrayed by his on-
court behaviour, said he was "super excited" to be back in action in Tokyo
after his "heartbreaking" US Open defeat to Russia's Karen Khachanov.

He said the loss had "added a bit of fuel" to his motivation and feels he is
ready to win his first Grand Slam at next year's Australian Open.

"I thought the US Open was a great chance -- obviously that one really,
really hurt because I definitely thought that I was the favourite after I
beat (Daniil) Medvedev," he said.

"Now I just have to wait until the Australian Open but I just want to keep my
form, the way I'm playing, I want to keep that going," he said.

"I'm doing all the right things so I definitely think I can win a Grand Slam,
for sure," he added.

Kyrgios reached his first Grand Slam final at Wimbledon this year but lost to
Novak Djokovic, despite winning the first set.

He said that mentally he now feels he can "win any match" after picking up
more experience of playing five-set matches and "working on every aspect of
my game".

"For a couple of years I didn't even get past the third round -- I wasn't
training hard enough, I probably wasn't taking the sport seriously enough,"
he said.

"Now, the last year and a half I've been training really, really hard."

Kyrgios is seeded five in Tokyo and will play Taiwan's Tseng Chun-hsin in the
first round.

Kyrgios said that "Grand Slams is all you really get remembered by" but he
also said it was "easy to get motivated" for Tokyo, where he won in 2016.

"You can't just rock up to a Grand Slam and expect to win it," he said.

"You've got to put the building blocks in and the foundations in place. I'm
super excited to be here, that's for sure."