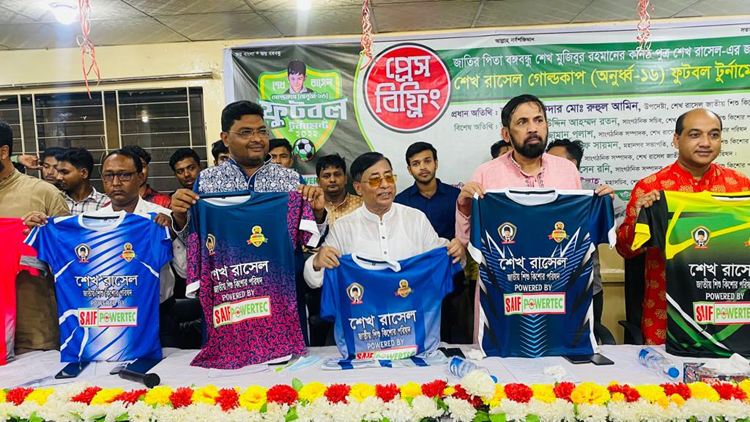 Home Minister Asaduzzaman Khan Kamal is expected to inaugurate the tournament as the chief guest in the evening.

A total of 32 teams are taking part in the nock-out basis competition, organized by Sheikh Russel Jatiyo Shishu Kishore Parishad.

He said they have a plan to give long-term training to the talented players selected from the competition.