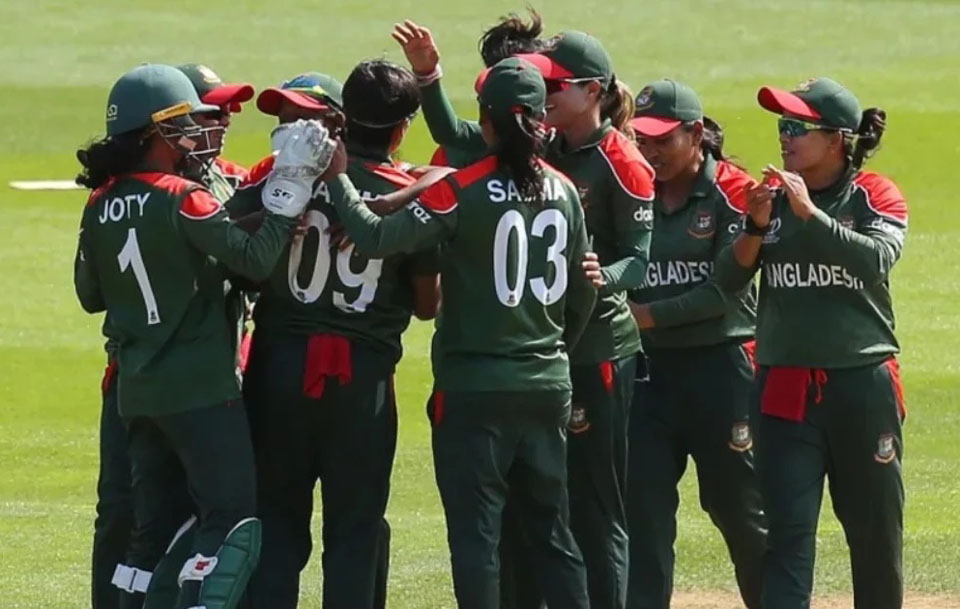 DHAKA, Sept 24, 2022 (BSS)-Salma Khatun claimed 3-18 with her wily off-spin
as Bangladesh defended 113-5 effortlessly to beat Thailand by 11 runs in the
second semifinal of the T20 World Cup Qualifier tournament at Abu Dhabi on
Friday night.

The victory confirmed their place in the ICC Women's T20 World Cup 2023 in
South Africa. Given their performance and the strength of the other teams,
the result was expected but Bangladesh's ultimate goal is to be champions in
the Qualifying tournament.

Bangladesh first played in the T20 World Cup in 2014. They played that
edition directly as the hosts of the event. However later for the next three
times in 2015, 2018 and 2109 they had to play the tournament by overcoming
the Qualifiers. In 2015, they though became runners-up, last two times, they
were champions of the Qualifiers.

Bangladesh Women's team this time got Ireland in the final, which will be
held tomorrow at Abu Dhabi. The Irish girls confirmed their ticket for the
T20 World Cup, beating Zimbabwe by four runs in the first semifinal.

"We came here to qualify for the T20 World Cup, and we did it. We have been
playing together for so many years, this is our time to show the world how
good we are, how much we have improved as a side," Bangladesh captain Nigar
Sultana Joty said.

"There are a lot of experienced and talented players in our side, and we need
to show the kind of potential we have. It was a little disappointing that we
could not do well in batting today. But I was confident about my bowling
side, and I am happy at the way we handled the pressure."

Being sent to bat first in the crucial game, Bangladesh put up just 113-5 but
a strong bowling performance saw then defend the total.

Rumana Ahmed was the highest run-getter for the side with 28 not out off 24,
which included two fours and one six. Her fluent batting towards the end
overs, helped Bangladesh propel past 100 runs mark.

The Thai Women's team was restricted to 102-6 with Natthakan Chantham
battling lonely with 51 ball-64,that designed with four fours and three
sixes.