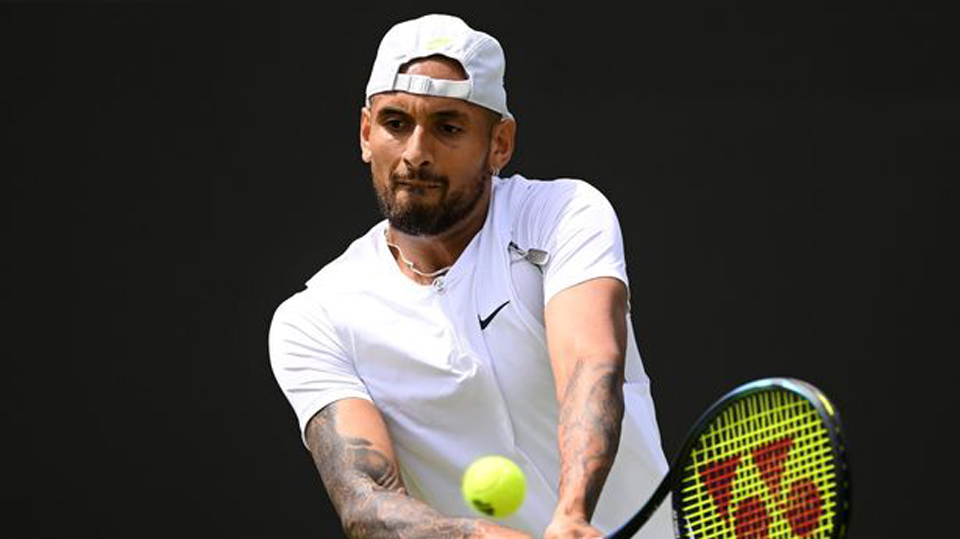 SYDNEY, July 6, 2022 (BSS/AFP) - Love him or hate him, the flawed genius that
is Nick Kyrgios is one of the most polarising figures on the tennis circuit
but he, at least, is "comfortable" with himself.

The enigmatic Australian stunned the tennis world as a 19-year-old in 2014
when he beat then world number one Rafael Nadal on his way to the Wimbledon
quarter-finals.

But frequent tantrums and fines have overshadowed his undoubted talent and he
has never achieved a better finish at a Grand Slam.

Eight years on, Kyrgios again finds himself in the last eight at Wimbledon
and this time with a serious chance to realise his full potential.

Nadal has in the past described Kyrgios as "not a bad guy" despite his antics
on court, saying he is a player of huge talent who could be fighting for the
number one spot.

But Greek star Stefanos Tsitsipas, Kyrgios's victim in a tempestuous third-
round clash at the All England Club this year, said the Australian has an
"evil side" and is a "bully".

Kyrgios, 27, laughed off those accusations and was on his best behaviour in
his fourth-round win against US player Brandon Nakashima.

He will hope a looming court case in Australia involving a case of assault,
reported this week, does not prove a distraction.

Tennis coach Andrew Bulley recalls a "small, chubby and energetic" Kyrgios
who turned up at the National Sports Club in Lyneham, Canberra, as a four-
year-old, keen to take lessons with his older brother and sister.

He was always better than his peers but "he wasn't anything super special"
until a growth spurt in his early teens meant Kyrgios developed into a tall
player with an explosive serve now rated one of the best in the business.

While most children under Bulley's tutelage trained as they were told "Nick
would always be experimenting, which you can see when he plays -- he has
always got four or five options ready to go".

But there was also the bored look when things were too easy or too hard.

By 2013, at age 17, Kyrgios was the top-ranked junior and winner of the
Australian Open boys' singles title. The following year came his upset
victory over Nadal.

Bulley notes the strong backing Kyrgios has from his Greek father Giorgos and
mother Norlaila, a Malaysian, who urged discipline and application.

Norlaila was born into a royal family but renounced her title when she moved
to Australia.

Giorgos describes his 40th-ranked son as a "perfectionist" who is hard on
himself.

"The only advice we can give him is to do the best he can. Win or lose, you
can't foresee the future. He knows that he has a good chance to play well
against anyone as long as he stays strong."

Since his breakthrough in 2013 Kyrgios has been without a coach, once telling
tennisnet.com he does not like to listen to advice.

Next up for Kyrgios at Wimbledon is Chilean Cristian Garin and then
potentially a semi-final against Nadal and a possible final against Novak
Djokovic.

Nadal has won six of his nine matches against the unpredictable Australian
while Djokovic has lost both times he has played Kyrgios.

Kyrgios's chequered career includes fines imposed estimated at more than
$550,000 for offences including lack of effort, a racquet-smashing outburst,
spitting in the direction of fans and throwing a chair on court.

In an Instagram post earlier this year he talked about his mental health
struggles, admitting suicidal thoughts, self-harm and drug abuse, referring
to one of his "darkest periods" in 2019.

"If you look closely, on my right arm you can see my self-harm. I was having
suicidal thoughts and was literally struggling to get out of bed, let alone
play in front of millions," he said, showing a photo from the Australian Open
that year.

But he also said he was proud to have "completely turned myself around".

In a more recent appraisal he told ABC News: "I look at myself in the mirror
every day and I know that I'm comfortable in my own skin.

"I don't really care if I don't win a Grand Slam (singles title) one day, or
I don't want to be like Roger Federer or something like that.

"But now, I honestly don't care how I'm perceived because I know deep down,
and the people around me know, that I'm a caring person. I'm always myself."