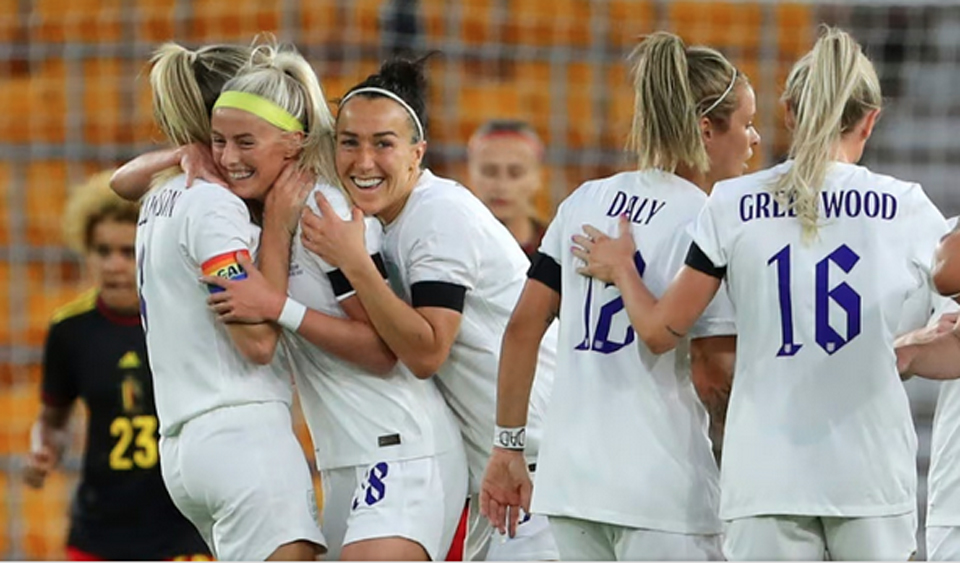 MANCHESTER, United Kingdom, July 5, 2022 (BSS/AFP) - England women's manager
Sarina Wiegman believes her side are in a "good place" heading into
Wednesday's Euro 2022 opener against Austria, but only excellence will do in
a tournament of unprecedented expectations for the Lionesses.

A sell-out crowd of 71,000 will watch the hosts kick the tournament off at
Old Trafford, breaking the attendance record for a match at a women's
European Championship by over 30,000 in the process.

That record will be short-lived with over 87,000 tickets sold for the final
at Wembley on July 31.

After three consecutive semi-final defeats in major tournaments, the pressure
is on England to make home advantage count.

However, much has changed since losing in the last four to eventual winners
the USA at the World Cup three years ago.

The major difference is Wiegman, the meticulous Dutch coach who led her
native country to Euro glory on home soil five years ago.

A delay to the Tokyo Olympics, where Wiegman took the Netherlands to the
quarter finals, meant England had to wait over a year for the 52-year-old to
assume the role.

But she has proved more than worth the wait in a 14-game unbeaten run since
taking charge.

England have hit 84 goals and conceded just three in that time, including
victory against Germany and a 5-1 thrashing of the Netherlands last month.

"England will be favourites in the Euros," Netherlands boss Mark Parsons said
after his side's humbling at Elland Road.

"The quality of players, the home crowd, the resources the Women's Super
League has been putting in, the work the clubs have been doing -- it all
comes together and it's very hard to see they're not favourites."

Lucy Bronze, Millie Bright, Jill Scott and Ellen White form the old guard
that have gone so close to major tournament success in the past.

But the squad has also evolved significantly since the 2019 World Cup to
blend youth and experience together.

Leah Williamson played only six minutes in France three years ago but has
succeeded Steph Houghton as captain under Wiegman.

And there is an array of fresh attacking talent, including Lauren Hemp, Chloe
Kelly, Ella Toone and Alessia Russo.

"There's something different about this team now. They've got a little bit of
class," said former England international Karen Carney.

"This is such a promising period for England. The manager really is top
drawer."

If they are to go all the way, strength in depth is likely to make the
difference.

In all three warm-up games against Belgium, the Netherlands and Switzerland,
the scores were level after 50 minutes only for England to strike a combined
11 times in the closing stages once Wiegman emptied her bench.

"We don't play with 11 players, we have so many more in our squad and can
make a change in the second half," said Wiegman.

"I think we're in a very good place but that'll show in the Euros. These are
all friendlies, it's very nice to learn from it but it really starts next
Wednesday."

A group containing Austria and tournament debutants Northern Ireland, both of
whom the Lionesses have recently swept aside in World Cup qualifying, should
not pose any major obstacles to reaching the quarter-finals.

The real test will come in the knockout stages with England likely to face
one of tournament favourites Spain, eight-time winners Germany or 2017
finalists Denmark in the last eight.

Everywhere they go, capacity crowds are likely to follow with all three of
their group games already sold out.

But with the attention also comes expectation to end England's wait for a
major title in the women's game.