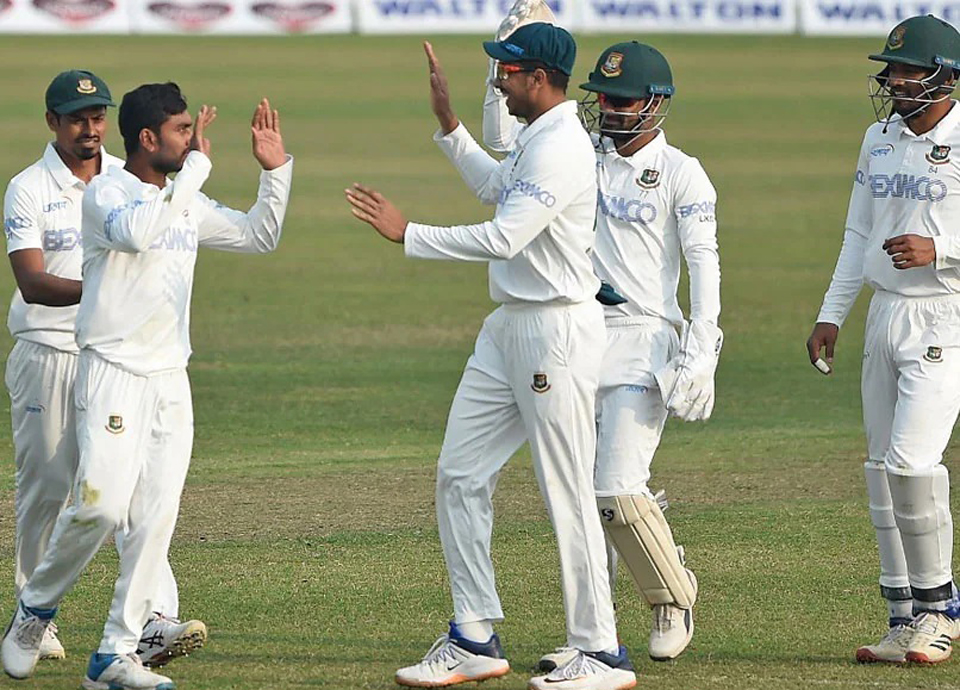 CHATTOGRAM, May 15, 2022 (BSS) - Sri Lanka captain Dimuth Karunaratne opted to bat first after winning the toss in the first of two-match Test series against Bangladesh at Zahur Ahmed Chowdhury Stadium here today.
Choosing to bat first was a predictable decision given the wicket looked pretty flat.

Bangladesh however came to the match, dropping fast bowler Ebadot Hossain, who led their historical victory against New Zealand earlier this year.

But the home side was boosted by the return of ace allrounder Shakib Al Hasan who missed the two series in New Zealand South Africa.

Experienced batter Dinesh Chandimal is back to the Lankan side after missing the series against India in which Sri Lanka tasted a 2-0 defeat.

They left out left-arm spinner Praveen Jayawickrema who was one of their most successful bowlers in India series, taking seven wickets in the only game he played. Spinning allrounder Ramesh Mendis was chosen ahead of him.