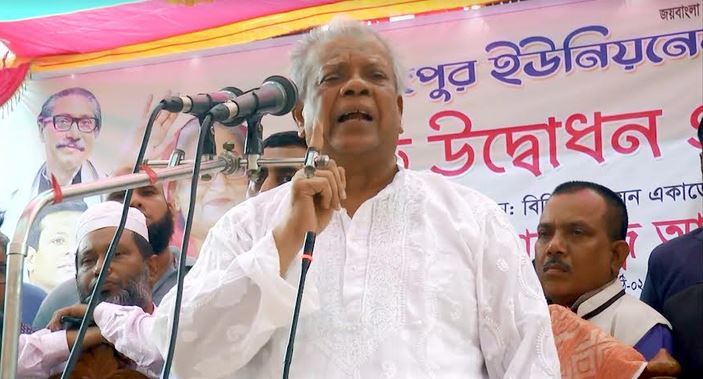 "Prime Minister Sheikh Hasina has transformed the villages into towns by constructing the Padma Bridge and the Payra Port for the people of the country's southern region," he said.

Noting that Payra Thermal Power Plant will benefit the people of the southern region, Amu said, so, the people of this region should be grateful to Sheikh Hasina. In the next election, as a reward for this, she should be brought back to power by casting votes for a boat".

The countrymen witnessed no development during the previous government except AL, he said, adding, but the present government has constructed roads, bridges and culverts across the country.

Amu, also former industries minister, reiterated his call to all for casting their votes for the 'boat', AL's election symbol' to continue the development trend.