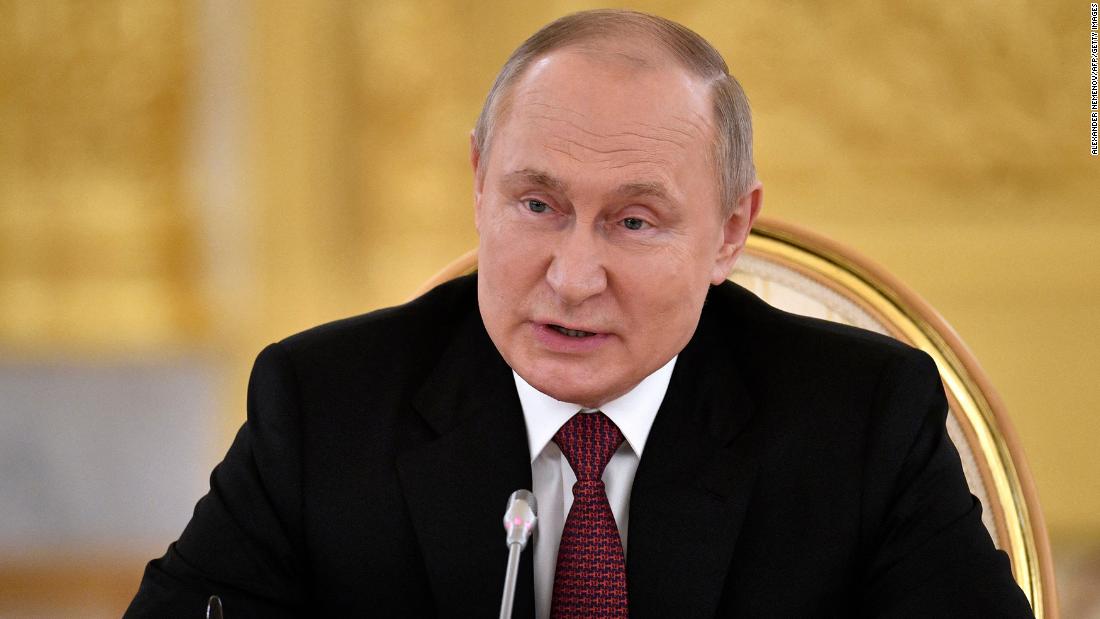 MOSCOW, Oct 1, 2022 (BSS/AFP) - Russian President Vladimir Putin staged a grand ceremony in Moscow on Friday to celebrate the annexation of four parts of Ukraine occupied by his army, while Kyiv pushed for expedited NATO membership.

The event at the Kremlin -- a turning point in post-Soviet history -- came hours after shelling killed 30 people in Ukraine's southern region of Zaporizhzhia in one of the worst attacks against civilians in months.

Putin was defiant during his address to Russia's political elite, telling the West that the internationally condemned manoeuvre was irreversible and urging Ukraine to negotiate a surrender.

"I want to say this to the Kyiv regime and its masters in the West: People living in Lugansk, Donetsk, Kherson and Zaporizhzhia are becoming our citizens forever," Putin said.

"We call on the Kyiv regime to immediately stop fighting and stop all hostilities... and return to the negotiating table."

The packed hall erupted into chants of "Russia! Russia" after the deal was inked.

Putin -- rarely seen making physical contact since the pandemic -- joined hands with his proxy leaders from the annexed regions and they shouted along in unison on state TV.

The Ukrainian leader doubled down in an address to the nation, vowing never to hold talks with Russia as long as Putin was in power.

"We will negotiate with the new president," Zelensky said.

US President Joe Biden condemned Friday's ceremony in Moscow as a "sham routine" that Putin put on to show strength but instead demonstrated that "he's struggling", and pledged to continue backing Kyiv.

NATO chief Jens Stoltenberg slammed the annexation as "illegal and illegitimate" but remained non-committal after Ukraine said it was applying to join the Western alliance.

The United States and Canada voiced support for Ukraine's membership but steered clear of promises to fast-track it.

Despite warnings from Putin prior to the annexation that he could use nuclear weapons to defend the captured territories, Ukraine's Foreign Minister Dmytro Kuleba said Kyiv would "continue liberating our land and our people".

US National Security Advisor Jake Sullivan said Friday that Washington would announce an "immediate" new weapons shipment for Kyiv next week.
Sullivan also said that while there is a "risk" of Putin using nuclear weapons, there is no indication that he would imminently do so.

Hours ahead of the annexation ceremony, an attack in Zaporizhzhia in the south killed at least 30 people and wounded dozens as civilians were preparing to leave to pick up relatives, Ukrainian officials said.

Bodies in civilian clothes were strewn across the ground after the attack and windows of cars blown out.

One man, 56-year-old Viktor, said his life was saved because he went to get a coffee.

"The waitress gave it to me. And there was a bang. She got scared and left the cafe. A few minutes later, there was another explosion. Now she is on the floor," he said.

"I'm happy if they want to join Russia," Natalya Bodner, a 37-year-old lawyer told AFP. "They have more hope than we do".

The four territories create a crucial land corridor between Russia and the Crimean Peninsula, annexed by Moscow in 2014.

Together, the five regions make up around 20 percent of Ukraine, where forces in recent weeks have been clawing back territory.

Zelensky on Friday hailed the "significant results" from Ukraine's counteroffensive in the east.

Ukrainian forces were on the doorstep of Lyman in Donetsk, which Moscow's forces pummelled for weeks to capture this summer.

"Lyman is partially surrounded," said Denis Pushilin, the pro-Moscow leader in Donetsk, adding later on social media that Russian forces were holding out "with the last of their strength".

Russia on Friday vetoed a UN Security Council resolution condemning the annexation of the regions, while China, India, Brazil and Gabon abstained.

Although Russia's veto was a certainty, Western powers had hoped to demonstrate Moscow's growing isolation on the world stage and will now take the condemnation effort to the General Assembly, where every nation has a vote and none can kill a resolution.

At a UNESCO meeting in Mexico City on Friday, representatives of dozens of countries walked out as Russia took the floor, symbolically condemning the invasion of Ukraine.