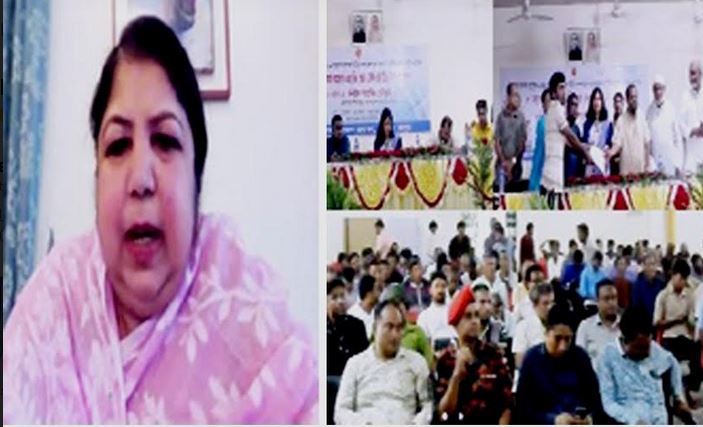 RANGPUR, Sept 27, 2022 (BSS) - Since formation of the government under the leadership of Prime Minister Sheikh Hasina, appropriate measures are being taken to celebrate Puja properly and peacefully all over Bangladesh.

The function was arranged for distribution of cash assistance and Demi Official (DO) letter for rice marking the Sharodiya Durga Puja-2022 to assist the Sanaton community in celebrating their greatest religious festivity amid festivity.

She especially instructed the administration, law and order enforcement agencies and all concerned to provide proper cooperation for smooth and uninterrupted performance of Puja in each mandap.

The Speaker said, "Puja is now being celebrated across Bangladesh in a peaceful and cordial atmosphere maintaining harmony. In addition to distribution of rice among the Santan community people in Pirganj upazila, money is being paid to all mandaps."

She said, responding to the call of the Father of the Nation Bangabandhu Sheikh Mujibur Rahman, people of all religions participated in the War of Liberation in 1971 to be freed from the chains of subjugation and established independent Bangladesh.

"With the cooperation of people of all religions, we have been able to set an example through establishing non-sectarian Bangladesh. Celebrating all festivals together is the tradition and glory of Bengal," she said.

Inspired by the spirit of the great War of Liberation, everyone is convinced to move the country forward under the leadership of Prime Minister Sheikh Hasina in building a non-sectarian developed Bangladesh, she said.

Local leaders of Awami League and its associate bodies, dignitaries and media workers were present in the event.