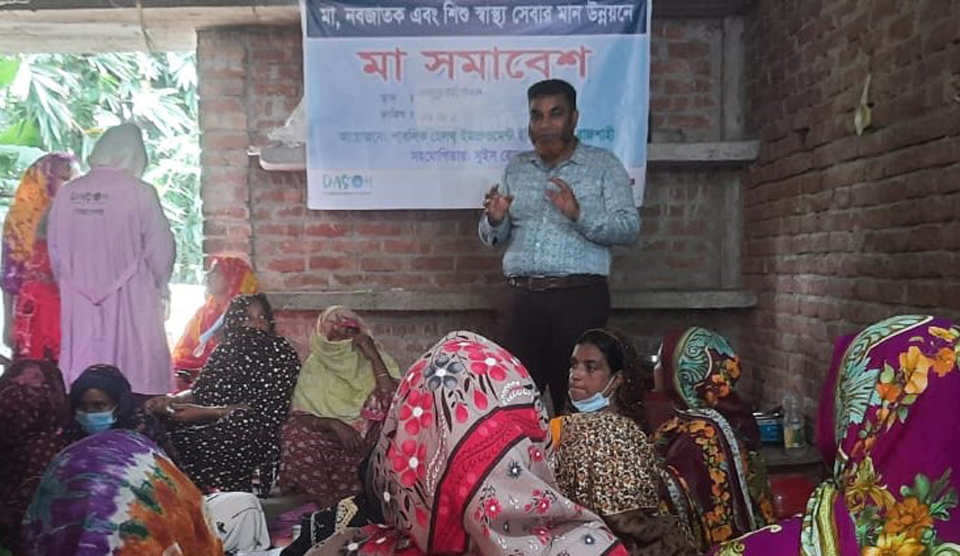 RAJSHAHI, Sept 23, 2022 (BSS) - Many of the expectant mothers are seen opting
for institutional delivery as results of various motivational and advocacy
campaigns being conducted for safe motherhood in rural areas.

Time-fitting programmes, including mothers gathering, use of loudspeaker,
home visit and leaflets and poster distribution, are being conducted in the
rural areas to improve maternal, neonatal and child health.

The present government has given utmost emphasis on institutional delivery
side by side with ensuring antenatal care (ANC), postnatal care (PNC) and
neonatal care to achieve the SDG-3 through bringing down maternal and newborn
death to the stipulated figures by 2030.

As part of their collaborative efforts, many of the community and union level
health facilities were reactivated through appointing Family Welfare Visitor
(FWV) on priority basis so that the grassroots people, particularly the
marginalized and low-income sections, can derive total benefits of those.

Upazila Chairman Shahjahan Hossain told BSS that the Public Health
Improvement Initiative Rajshahi (PHIIR) project is convening the mothers'
gatherings over phone calls continuously interacting among the pregnant
mothers along with their guardians about making birth plans safe and
successful.

DASCOH Foundation has been implementing the PHIIR project supported by Swiss
Red Cross (SRC) at five upazila health complexes, 42 Union Health and Family
Welfare Centres and 110 Community Clinics under Bagmara, Charghat and Tanore
upazilas in Rajshahi and Porsha and Sapahar in Naogaon districts.

The project is intended to improve the health status with special focus on
maternal, neonatal and child health at primary health care level.

Upazila Chairman Shahjahan Hossain said there are five Union level Health
Facilities in the upazila and they are doing NVD for the last couple of years
benefiting the village-level pregnant mothers enormously.
.
He said the FWVs are also seen visiting the houses of pregnant mothers for
getting ANC, PNC and Neonatal checkup and referring the risky mothers to the
better facilities.

Sumaiya Khatun, 20, gave birth to her first baby through cesarean section in
the health complex.

After moving one clinic to another due to some complexity, the family members
rushed her to the UHC for safe delivery.

"We are happy after getting the emergency services at the facility," said
Khatun, wife of Selim Raza of Hapania Krishnasada village, adding that they
had no financial capability to afford the costs of district level better
facilities.

Besides, they conducted 1,447 NVD successfully at the upazila and union level
facilities making the service-recipients delighted besides referring 24 other
cases to better facilities.

He himself and his colleagues are very much proud of the successful cesarean
operation despite the existing limitations. Various need-based steps were
adopted to make the facility patients-friendly.

The labor room was equipped with all requisite devices and apparatus,
including mini freeze, postpartum hemorrhage eclampsia and its protocol and
total quality management, with assistance from the PHIIR project.

PHIIR Project Manager Tozammel Haque told BSS that the present government of
Prime Minister Sheikh Hasina is determined to run the rural health facility
effectively. "So, we are working here to make the government's efforts
successful," he added.