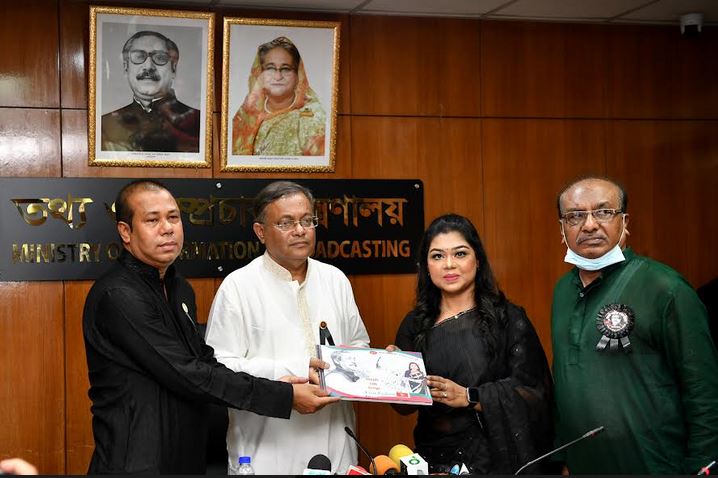 DHAKA, August 17, 2022 (BSS)- Information and Broadcasting Minister Dr Hasan Mahmud today said the government would take tough actions if the daily essentials and its transportation cost is hiked unnecessarily in excuse of rise in fuel price.

“The fuel price had to increase recently and the price has been adjusted with West Bengal. But some unscrupulous traders have increased the price of essentials to make more profits. Even, they also have increased the cost of transportation by taking the opportunity. It is never desirable and acceptable,” he said.

The minister added: “Our government is monitoring this issue and I hope that the business organizations and leaders would play a role to this end. If necessary, the government would take strict actions against them.”

Hasan told reporters while replying to a query at the meeting room of his ministry at the Secretariat in the capital.

Replying to another query over ‘hartal’ called by the left alliance, the minister said the inflation is not only in Bangladesh, it is a global situation. The overall inflation in the European Union is 9.6 percent while it is 8.5 percent in the USA, 9.4 percent in the UK, 25 percent in Pakistan and above 9 percent in Australia, he added.

But, he said, the inflation is above 7.5 percent in Bangladesh while it was under 7 percent till May. The inflation is lower than from many countries, said Hasan, also Awami League joint general secretary.

Replying to another query, Hasan said the BNP often claimed that people are disappeared. But, later they are found out and it has proved that the BNP’s accusation of disappearance is not correct, he added.

He said it is needed to bring those BNP leaders under trial who patronize and provide money to kill innocent people through petrol bombs and arson attacks. This is the today’s demand, Hasan added.

Earlier, the minister unwrapped the collection of 100 songs on Bangabandhu sang by Lisa Kalam.

In his speech, Hasan congratulated singer Lisa for singing 100 songs on Bangabandhu.

He said translating every song into English and singing some songs in English gave it a new dimension. And it was not possible, if she has no affection to Bangabandhu, he added.