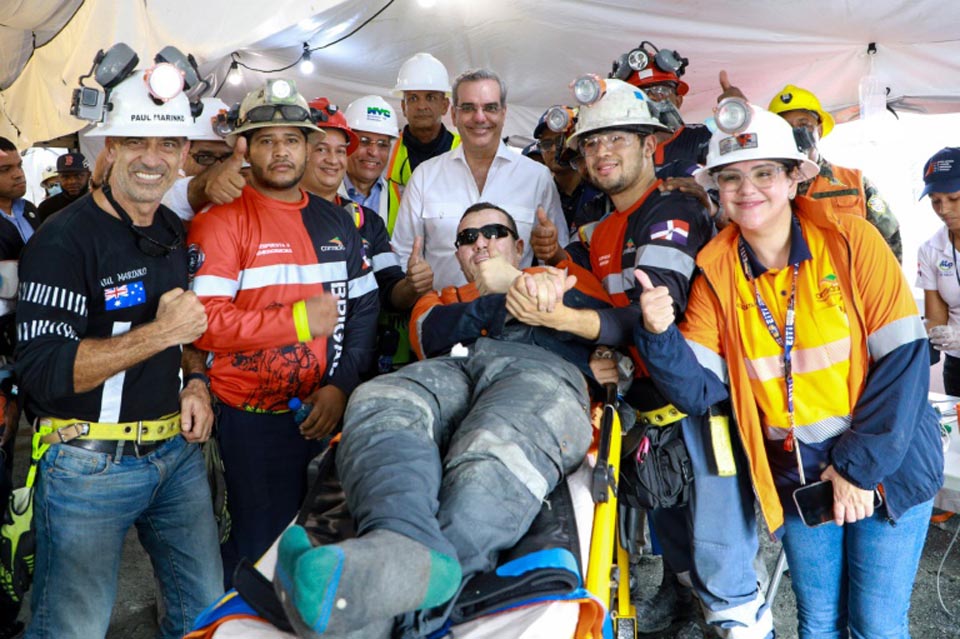 SANTO DOMINGO, Aug 10, 2022 (BSS/AFP) - Two miners were rescued in the Dominican Republic Tuesday, seemingly unharmed, after 10 days trapped underground and a massive operation, with support from Canada, to free them.

The miners were finally reached on Tuesday morning through a newly-dug rescue tunnel, a whole 10 days after they got caught underground after a rockslide, the Dominican Mining Corporation (CORMIDOM) said in a statement.

The pair, Dominican Gregores Mendez and Colombian Carlos Yepez had been trapped since July 31 at the Cerro de Maimon copper and zinc mine some 80 kilometers (50 miles) north of Santa Domingo.

More than 110 mining and other experts participated in the rescue effort, and a Canadian military plane arrived on Sunday with 26 tons of excavation equipment and other technology to help.

In a video distributed by the Dominican presidency on Tuesday, Mendez and Yepez are shown lying on stretchers, smiling as they greet President Luis Abinader even as medical personnel are checking their vital signs.

Yepez tells the camera that conditions underground were "good," with adequate ventilation, water and food.

"We slept comfortably, so to speak, so that made our stay not so bad," he said.

Abinader told the men he was "very happy" they were back safe.

The rescue came as efforts continued in Mexico to reach 10 workers trapped in a flooded mine nearly a week ago.