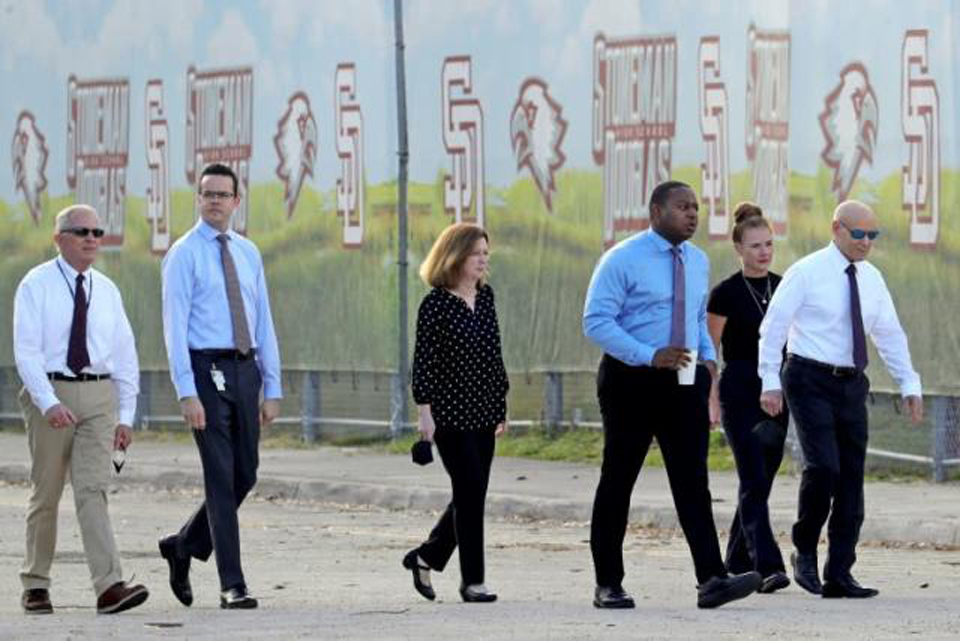 MIAMI, Aug 5, 2022 (BSS/AFP) - A jury deciding whether to impose the death penalty on the killer of 17 people at a Florida high school visited the still-bloodstained and bullet-scarred building on Thursday where the shooting occurred.

The visit by the jurors to the building, which has been kept intact by prosecutors as a crime scene, took place under high security.

A pool of journalists was allowed to tour the building afterwards but were barred from taking photographs.

The Miami Herald said dried blood stained the floor in one classroom where three students were shot dead.

In another room, desks were pockmarked with bullet holes and laptops, headphones and water bottles remained where they were left on Valentine's Day 2018, the day of the shooting.

Cruz pleaded guilty in October to carrying out the shooting and the jury is deciding only whether he should be executed or receive life in prison.

Cruz waived his right to accompany the jury on the visit to the school where he took the lives of 14 students, an athletic director, a teacher and a coach.

Survivors of the shooting and parents of some of the victims have delivered days of wrenching testimony during the death penalty trial of Cruz, who had been expelled from the school for disciplinary reasons.

The Florida shooting stunned a country accustomed to gun violence and sparked new efforts, led by students from the school itself who formed a group called "March for Our Lives," to get lawmakers to pass tougher gun control laws.

Thousands turned out for demonstrations organized by the group in June following two other mass shootings: one at a Texas school that killed 19 children and two teachers, and another at a New York market that left 10 Black people dead.

Those shootings helped galvanize support for the first significant federal bill on gun safety in decades.

President Joe Biden signed the bill into law in June but it fell far short of steps he had called for, including a ban on assault weapons.

The Justice Department reached a $127.5 million settlement in March with survivors and relatives of Parkland victims who had accused the FBI of negligence for failing to act on tips received prior to the attack that Cruz was dangerous.