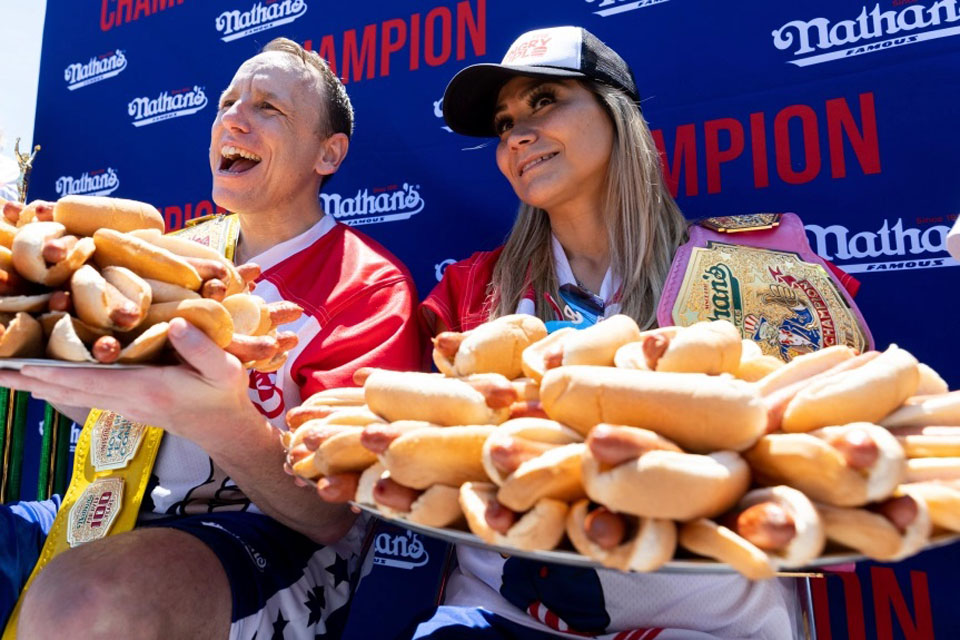 Chestnut has now won 15 times but on Monday he fell way short of the record
he set in 2020 when he downed 76 hotdogs, buns included, also in just 10
minutes.

So he apologized to the crowd and said he would do better next year.

Chestnut told AFP he trains by eating hot dogs often and taking part in
eating contests featuring them about once a week.

After Monday's virtuoso performance, he said he will not touch food again for
a day.

Chestnut was the undisputed winner of the Nathan's Famous Fourth of July Hot
Dog Eating Contest, finishing far ahead of the field.

Second place went to one Geoffrey Esper with 47.5 franks and buns, and third
to James Webb at 41.

"Joey Chestnut is a force from beyond who defies the laws of physics," said
contest host George Shea.

In the women's category, Miki Sudo triumphed with 40 hot dogs in 10 minutes.

Sudo returned after sitting out last year because she was pregnant. This time
she showed off her new baby. She fell short of her record of 48 franks.

Competitors from all over America and as far away as Australia tend to dunk
their hotdogs in water or soda to make them easier to swallow in such rapid
succession without gagging.

"The event is a crucible through which greatness is forged."