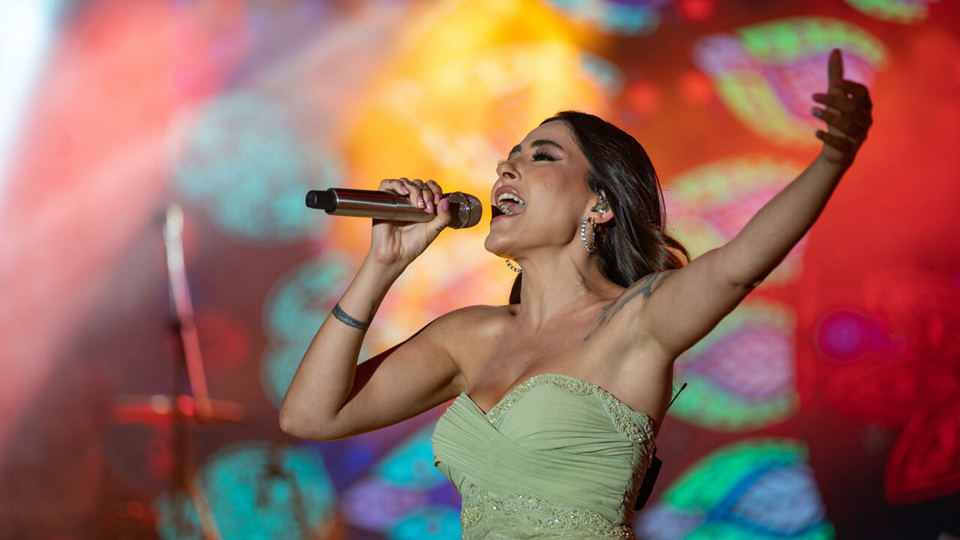 ISTANBUL, June 25, 2022 (BSS/AFP) - A tattooed pop star banned for her slinky dresses and support for women's rights. Kurdish artists blacklisted and concerts cancelled out of concern for alcohol-fuelled frolicking between boys and girls.

Turkey's summer festival season is off to a politically charged start that foreshadows the cultural battles brewing in the polarised country in the run-up to next year's election -- the toughest of President Recep Tayyip Erdogan's two-decade rule.

Artists fear that the fun is being drained out of Turkey to flatter the conservative Islamic core of Erdogan's eroding support.

Lermi saw two of his concerts cancelled and social media light up in anger after he refused to take the stage in solidarity with a Greek violinist banned from performing in the traditionally conservative northern port of Trabzon.

Lermi's decision to back a fellow artist from a country Turkey has spent much of its history fighting appeared too much for organisers in a municipality run by Erdogan's ruling party.

Musicians and other performers have often felt unfairly singled out by Erdogan's government for their socially liberal views.

Music venues reopened during the coronavirus pandemic long after almost everything else.

Many now worry that their concerts might be sacrificed in the months to come as a show of strength aimed at burnishing Erdogan's image before his nationalist and conservative voters.

Musicians who sing in minority languages such as Kurdish appear to have been affected the most.

Popular ethnically-Kurdish singer Aynur Dogan was banned in May from taking the stage in a ruling party-run municipality after organisers deemed her concerts "inappropriate".

Dogan had previously been targeted by pro-government circles on social media for defending big protests against Erdogan when he was still prime minister in 2013.

Other minorities banned in the past few months include Niyazi Koyuncu -- whose repertoire includes songs in dialects of Armenian and ancient Black Sea region tongues -- as well as the ethnically Kurdish but German-based Metin and Kemal Kahraman brothers.

"These arbitrary and political decisions amount to discrimination against languages, cultures, lifestyles and genders," the bar associations of 57 Turkish cities said in a joint statement.

The conservatives' resurgent cultural influence under Erdogan is perhaps most vividly visible on the Turkish music scene.

One Islamic group managed to successfully pressure the governor of the northwestern city of Eskisehir to ban a festival because "girls and boys who camp together" engage in "inappropriate scenes because of alcohol".

Another group managed to get pop star Melek Mosso's shows cancelled in the western city of Isparta because of her "immoral" low-cut dresses.

The tattooed star is a strong proponent of the Istanbul Convention combating violence against women that Erdogan -- under pressure from the most conservative elements of his ruling coalition -- pulled Turkey out of last year.

Turkey's Supreme Court is due to rule in the coming weeks whether Erdogan had the authority to annul the treaty in an overnight decree.

The European convention was ratified by parliament and would theoretically need its approval for Turkey to leave.

Mosso pushed back against those who "question" her morality and vowed to sing in Isparta "one day".

She then drew a large crowd at a public concert in the more liberal Istanbul organised by Turkey's culture ministry.

"Let's try to look at the wider picture," the minister told a private broadcaster.

"We support art and culture. This is our government policy."

The performers do not agree. More than 1,000 artists and composers have published a joint declaration proclaiming that "music and musicians cannot be silenced".

Many of the younger women attending Mosso's Istanbul performance said they felt victimised by Erdogan's government.

These bans "are a blow to women's presence in social and working life," said concertgoer Ezgi Aslan.

"Values such as women's rights are not being defended by the ruling party," added fellow audience member Selin Cenkoglu.