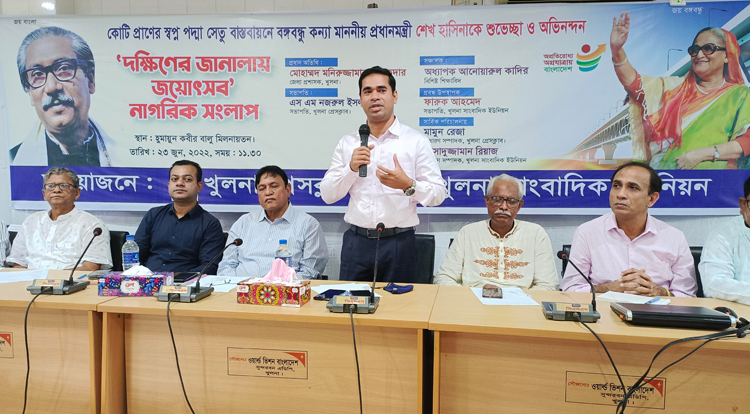 "With the opening of the Padma Bridge, the fortunes of farmers, fishermen, traders of country's 21 S-W zone will take a quantum leap," they said at the dialogue held at journalist Humayun kabir Balu auditorium in Khulna Press Club.

The speakers said with the inauguration of the bridge on June 25, farmers will be able to transport fresh fish and vegetables to the Dhaka kitchen markets within the shortest possible time.