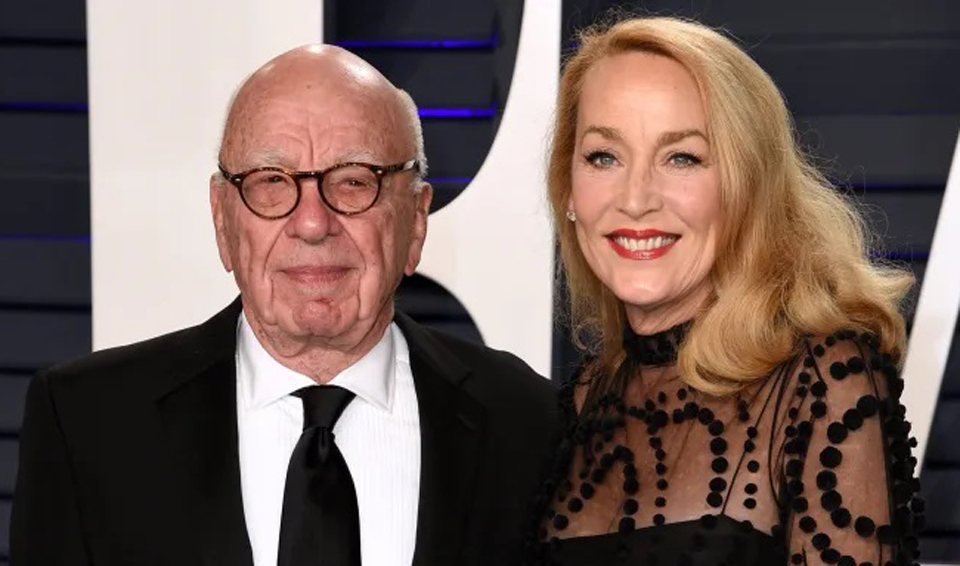 The Australian Murdoch is worth more than $17 billion, according to Forbes.

The New York Times reported that the separation is unlikely to alter the ownership structure of businesses he holds stakes in, which include parent companies of Fox News and The Wall Street Journal.

His powerful global media empire also includes the New York Post, The Times of London and British tabloid The Sun.

Bryce Tom, a spokesman for Murdoch, said he had no comment to make when contacted by AFP.

A representative for Hall did not immediately respond to a request for a statement.

Murdoch's first wife was Patricia Booker, an Australian flight attendant, whom he divorced in the late 1960s.

He and his second wife, Anna, a newspaper reporter, were together more than 30 years before divorcing in 1999.

Murdoch then married entrepreneur Wendi Deng. They divorced in 2013.

Hall, who is also an actress, was the longtime partner of The Rolling Stones lead singer Mick Jagger, with whom she has four children.