United efforts of youth a must for forwarding country: Abul Hasnat 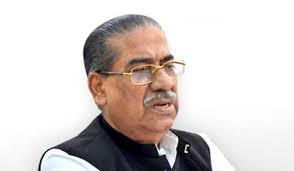 "The talent, thinking, labor and united efforts of the youth are essential to take the country and the nation to the peak of development. Only skilled and healthy youth can present a happy, beautiful and self-reliant nation to the country," he said.

He came up with the remarks while exchanging views with leaders and activists of various youth organizations of Sadar upazila at his residence at Agailjhara in Barisal district, a press release said.

Local leaders including the Upazila Parishad Chairman were present at the time, the release added.

Abul Hasnat said that the youth had played a courageous role in the transitional period of the country generation after generation.

Father of the Nation Bangabandhu Sheikh Mujibur Rahman greatly involved the youth in rebuilding war-ravaged Bangladesh, he said, adding that the great leader (Bangabandhu) took special initiative to form a skilled, talented youth. In continuation of it, Prime Minister Sheikh Hasina has been allocating sufficient funds in each budget to present trained and IT-savvy youth to the nation, he continued.

He also called upon every leader and activist of the local youth organizations to be proactive in achieving self-reliance.

He assured of giving all necessary cooperation to the youth organizations of the upazila.