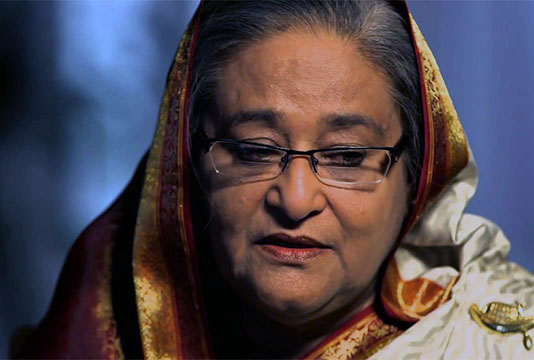 In a letter wrote to Chinese President Xi Jinping, Sheikh Hasina, on behalf of the people and the government of Bangladesh and on her own behalf, extended the deepest condolences and heartfelt sympathies for the sad demise of former President Jiang Zemin, said a press release of the Prime Minister's Press Wing.

"We pray for salvation of the departed soul," she said, adding, "Our prayers and thoughts are also with the bereaved family, and we pray that they may be able to overcome their irreparable loss."

She continued: "We, in Bangladesh, stand beside the government and the friendly people of China at this time of mourning".

In the letter, Sheikh Hasina reiterated that Bangladesh and China are time-tested development partners and enjoy friendly relations with the "Strategic Partnership of Cooperation".

She recalled that the friendly relations between the two countries were greatly strengthened during the tenure of former President Jiang Zemin.

She expressed her confidence that bilateral relations between the two friendly countries would continue to flourish and strengthen in the days ahead.