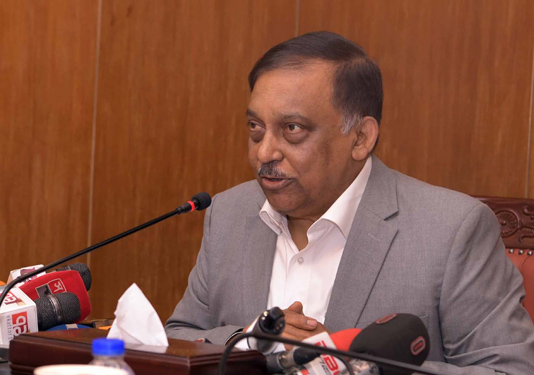 DHAKA, Nov 26, 2022 (BSS)- Home Minister Asaduzzaman Khan Kamal today said that BNP has been given permission to hold rally on December 10 at Suhrawardy Udyan in the city since the ground is suitable for mass gathering.

"Dhaka Metropolitan Police agreed to give permission for the venue which they (BNP) wanted. They also wanted more alternate venues. The DMP thought that this place (Suhrawardy Udyan) is suitable, therefore they have given this place," he said while responding to a question from journalists after attending a programme at Dhaka Club.

Awami League (AL) has some party programmes at this venue, the minister said, adding they can use the venue after the AL's programmes.

Regarding BNP leaders' comment that the government will be forced to allow the rally at Naya Paltan, Kamal said, "The government has no obligation. The government has made arrangements where it thinks the best".
Officially they (BNP) wanted three places, one of which was allowed by the DMP, he said.

BNP wanted to hold rally in front of Parliament, but no one is allowed there, the minister said, adding they also wanted Suhrawardy Udyan.

The place where Awami League is going to hold council has been allowed for BNP's rally as DMP thought the venue is suitable for everyone, Kamal said.