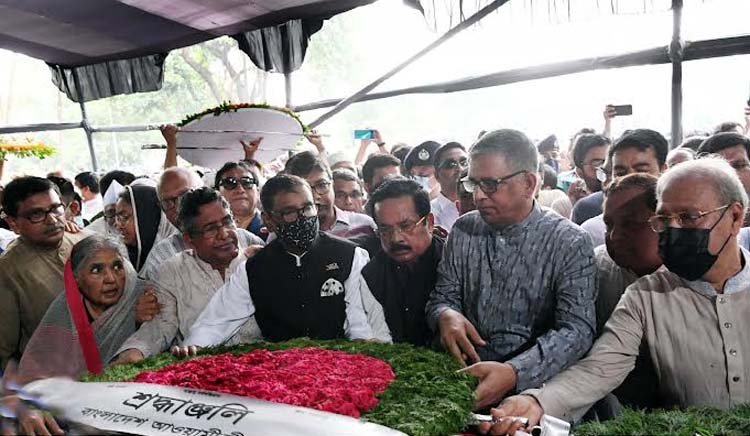 He said this while talking to journalists after paying tributes to Gaffar Chowdhury by placing a wreath on his coffin at the Central Shaheed Minar on behalf of Awami League (AL).

Quader, also road transport and bridges minister, said the nation has lost the "largest banyan tree" in the cultural arena of this age at the death of Gaffar Chowdhury, also a political analyst, writer, poet and lyricist, who penned the immortal song on Amar Ekushey.

Chowdhury always gave directives to the nation in different transitional periods, he said.

"We, who are in state power, will feel his vacuum in getting directives during this ongoing global crisis period," he mentioned.

Earlier, Obaidul Quader along with the party leaders paid glowing tributes to Gaffar Chowdhury by placing wreath on his coffin.