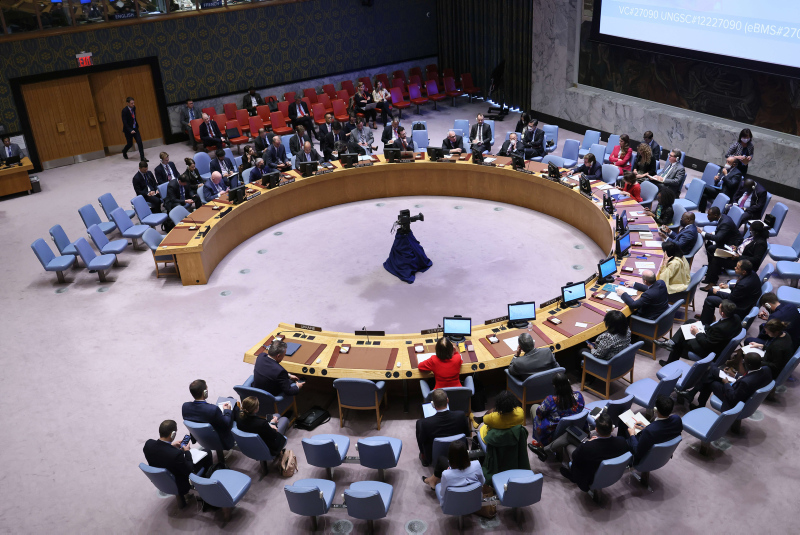 At the meeting the 193 UN member states will weigh a resolution now under preparation on the annexation, after Russia vetoed a condemnation in the Security Council last week, diplomatic sources said Tuesday.

General Assembly spokesperson Paulina Kubiak said the body will meet at the request of Ukraine and Albania on the issue at 3:00 pm (1900 GMT) Monday.

On Friday Russian President Vladimir Putin announced that Moscow had taken over four areas of Ukraine which held Kremlin-organized referendums on land seized by Russia's military.

Hours later the UN Security Council met to discuss the development but Russia's ambassador vetoed a US-Albania resolution labelling the referendums "illegal" and urging all states to refuse to recognize the seized lands.

The resolution had also called on Russia to withdraw troops immediately from Ukraine.

After the veto the United States said it would take the issue to the General Assembly, where each country has a single vote and none has veto power.

Diplomatic sources said a resolution was being drafted by the European Union together with Ukraine and other countries.

If the resolution is voted through it would make clearer the degree of Moscow's isolation on the global stage, even as some developing countries have expressed annoyance that Western powers are hugely focused on Ukraine.

Earlier this year the General Assembly passed three resolutions concerning Russia's invasion, with the third, at the end of April, revealing some erosion of international unity against Moscow.