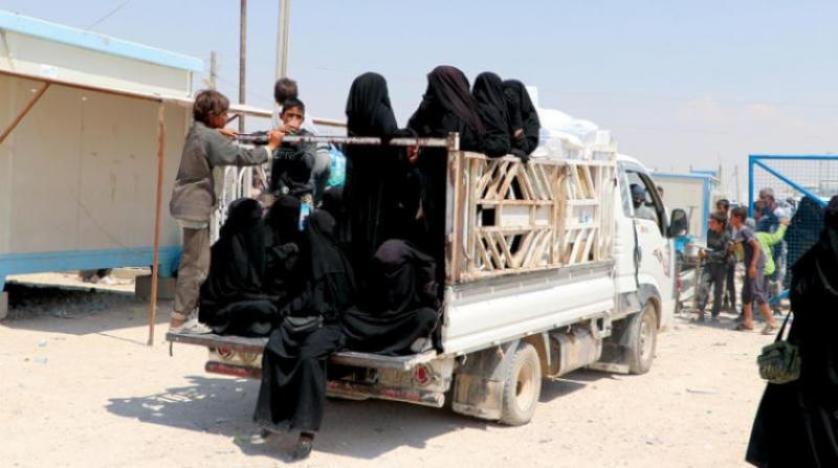 "overriding priority" is to protect its citizens, following reports that it
will repatriate dozens of women and children from detention camps in Syria.

Australian media, led by a weekend story in The Guardian, reported that the
government had decided to bring home about 20 Australian women and 40
children from the camps.

A spokesperson for Home Affairs Minister Clare O'Neil did not confirm the
reported repatriation, saying only that the government would protect its
citizens.

The Australian women and children have lived in the Al-Hol and Roj detention
camps in Kurdish-controlled northeastern Syria since the 2019 collapse of the
Islamic State group's "caliphate".

"The Australian government's overriding priority is the protection of
Australians and Australia's national interests, informed by national security
advice," the spokesperson said.

Kurdish authorities have repeatedly called on countries to repatriate their
citizens from the crowded camps, of which Al-Hol is the largest.

Despite calls from the United Nations and rights groups, countries have
mostly received them only sporadically, fearing security threats and
political backlash.

The repatriation would mark a policy turnaround for Australia, after the
previous government decided against such a mission, citing security risks.

"We have got about 40 Australian kids living in one of the most dangerous
places on Earth," Environment Minister Tanya Plibersek told Channel Seven
television.

"When they come back to Australia, I think it is going to be very important
that the children in particular receive counselling."

Save the Children Australia chief executive Mat Tinkler said he was "very
hopeful" a decision had been taken to repatriate the women and children.

"Make no mistake, this environment is very risky for these children to remain
in," he said in an interview with public broadcaster ABC.

Kamalle Dabboussy, whose daughter and three grandchildren are in a Syrian
camp, said he had not been notified of any repatriation plan but it would be
a welcome development.

"It's every parent's wish to ensure their children are safe," he said in a
statement to the ABC.

Karen Andrews, who was home affairs minister under the previous government,
said the reported repatriation was "very concerning", telling ABC radio that
the women should be placed under surveillance upon their return in case they
had been radicalised.