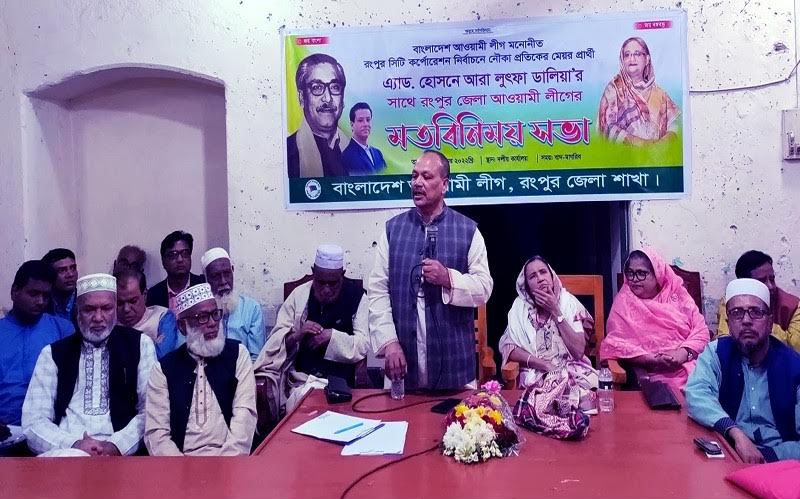 Rangpur district Awami League organised the meeting at its office in Betpotti area of the city tonight.

"The people of Rangpur want to give a victory in the RpCC elections to the Prime Minister out of gratitude," he said, and urged leaders, activists and workers of Awami League and its associate bodies to work together to make the symbol 'Boat' victorious.