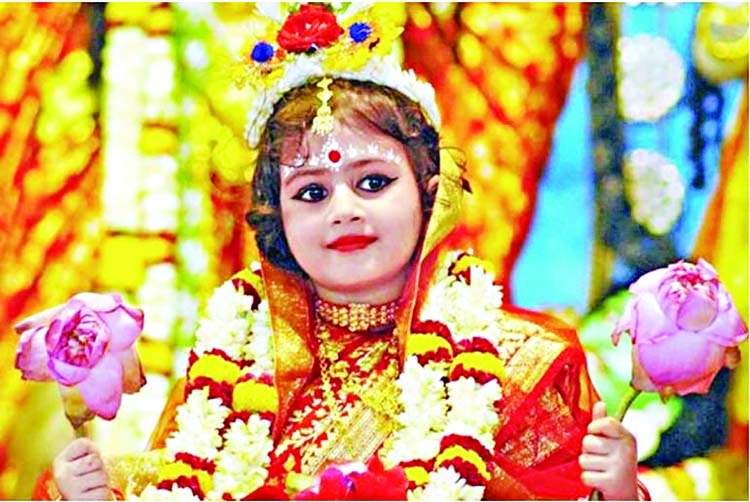 The Kumari Puja started at Shantoneshori Matri Mandir of Patharghata under the city's Kotwali Thana.

The Goddess Durga is worshipped in various forms during the five-day Sharodiya Durgotsab and one of those is worshiping Kumari as an epitome of virginity.

Seven-years-old Priti Dhar, a class one student of city's Saint Scholastica School, was worshipped as Kumari.

Devotees of all ages offered flowers at the feet of the Kumari, adored the girl with gold, silver and clothes, as part of their rites seeking blessings from the Goddess.

The organisers also arranged cultural programmes on the occasion and later, Mahaprasad (sweets) along with anjali (flowers) was distributed among the devotees present there.

All puja mandaps are given decorative looks with colourful designs and lights while additional law enforcers have been deployed in all the temples in the city to maintain law and order situation during the festival.