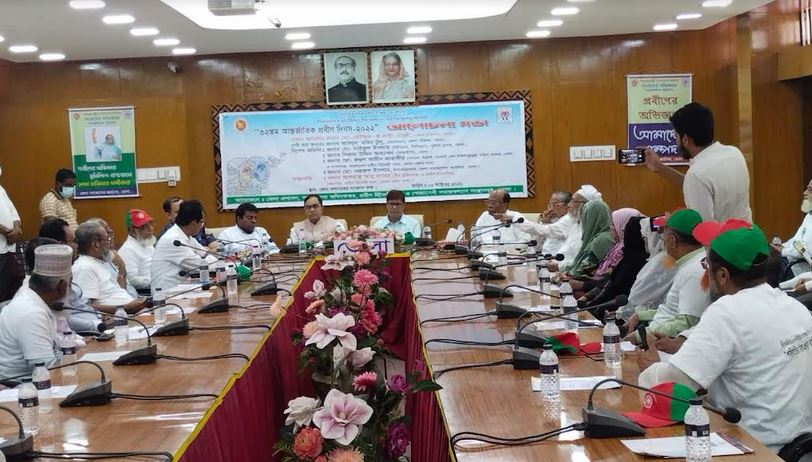 This year the theme for the day, "The Resilience of Older Persons in a Changing World."

After the rally, a discussion was held in the deputy commissioner's conference room.

Deputy Commissioner (DC) Md Taufiq-e-Lahi Chowdhury addressed the function as the chief guest with the president of the District Veterans Association and Freedom Fighter Md. Abu Taher in the chair.

The speakers said that the present government has taken various steps for the welfare of the elderly population of the country. One of them is distribution of old age allowance and a total of 57 lakh senior citizens across the country have come under this allowance.

The speakers also said a total of 74,000 elderly people are getting this allowance in Bhola district.