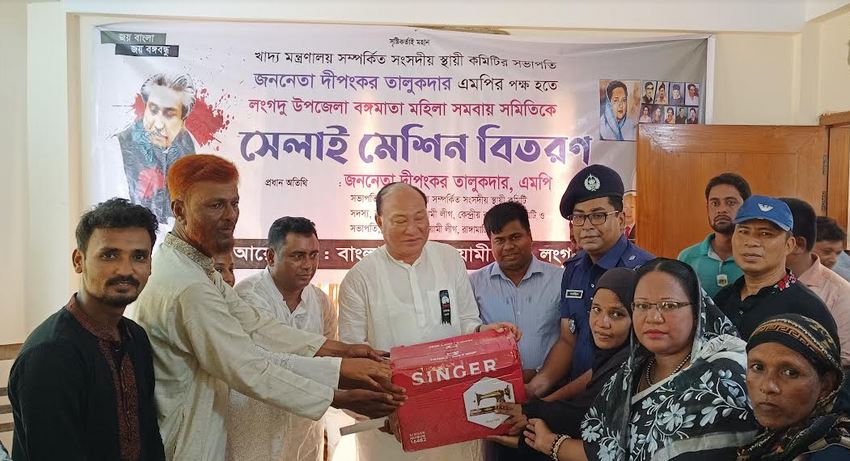 Dipankar Talukder, MP, distributed the sewing machines in a function held at
the upazila rest house this afternoon.

As many as 43 women entrepreneur got sewing machines in the function.