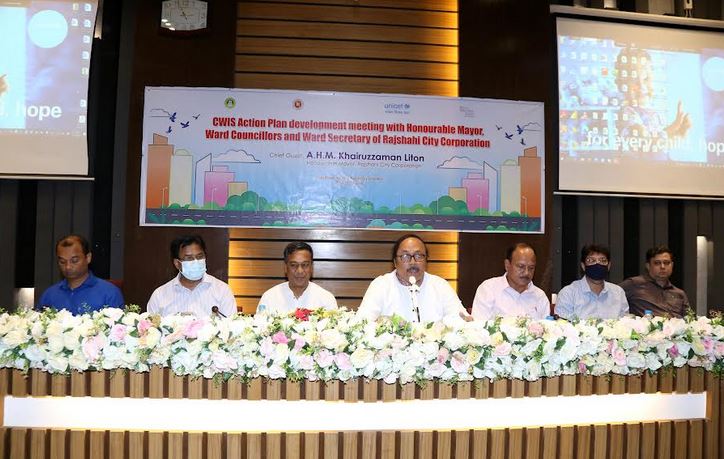 RAJSHAHI, July 6, 2022 (BSS) - Rajshahi City Corporation (RCC) is intended to promote citywide inclusive sanitation services in the city to ensure sound health of its people as a whole.

Utmost emphasis is being given on capacity building besides boosting local level mass-awareness for successful implementation of a safe sanitation system.

The meeting discussed and devised ways and means on how to ensure inclusive and integrated sanitation and safe sewage management across the Rajshahi city.

UNICEF and RCC jointly organized the meeting with the main focus of implementing improved urban sanitation systems through effective initiative with special attention to the needs of the poor, the marginalized and women and girls.

Mayor Liton stressed the need for formulating and implementing comprehensive programmes for developing and ensuring inclusive sanitation services in the city.

The city corporation will facilitate city dwellers participation to select a range of technological options for fecal sludge management and citywide inclusive sanitation in highly congested under-served areas and selected residential areas of the city.