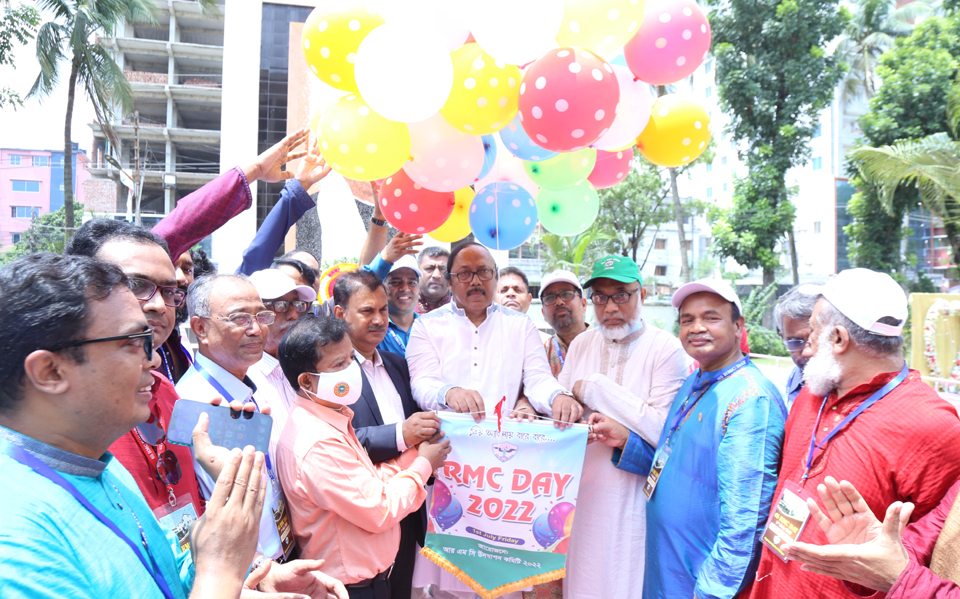 City Mayor AHM Khairuzzaman Liton opened the day's programmes through placing wreaths on the mural of Father of the Nation Bangabandhu Sheikh Mujibur Rahman. He also hoisted the national flag besides releasing balloons, festoons and pigeons in the sky on the occasion.

To mark the day, former and present teachers and students brought out a colourful rally in the campus and it ended at the auditorium where a discussion was held highlighting the contribution of the medical college in the field of education and healthcare.

Mayor Liton addressed the discussion as chief guest with convener of the day celebration committee Prof Khalilur Rahman in the chair.

In his remarks, Mayor Liton said the former students of the college have been contributing a lot towards the health sector both home and abroad.

The daylong celebration followed by a cultural function performed by famous artists in the evening.