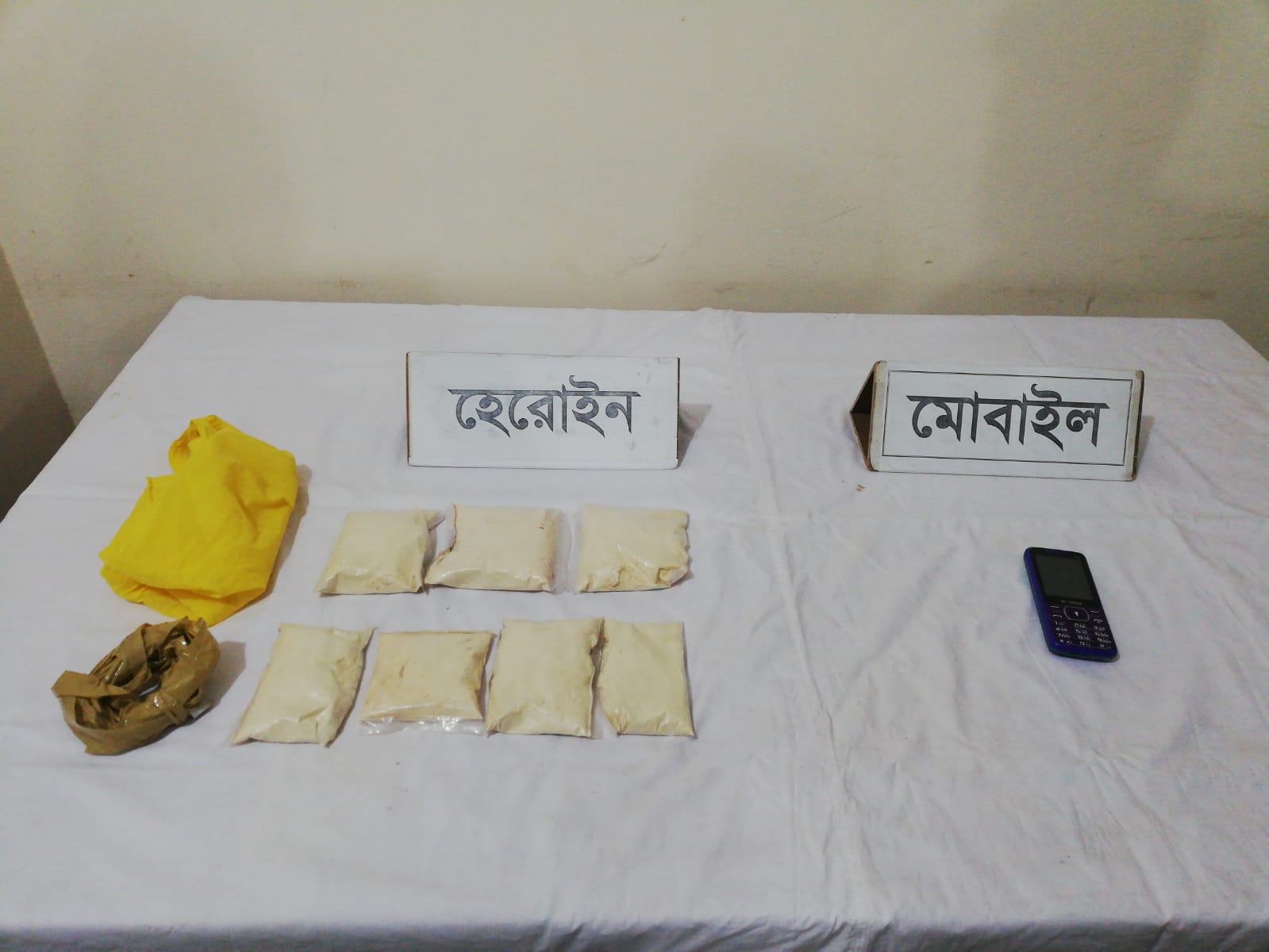 RAJSHAHI, Jan 28, 2022 (BSS) - Rapid Action Battalion (RAB) in an anti-crime drive arrested an alleged drug peddler with 800 grams of heroin from Charghat upazila of the district on Thursday night.

On a tip-off, a team of the elite force conducted a raid in Charghat Bazar area around 8.50 pm and arrested him with the heroin, the sources added.

Later, the arrested persons along with the seized heroin were handed over to the police this morning.

A case was recorded with Charghat Police Station in this connection.