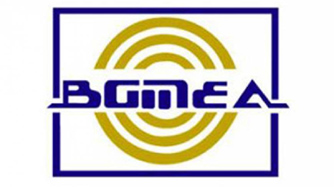 DHAKA, Nov 28, 2022 (BSS) - Bangladesh Garment Manufacturers and Exporters Association (BGMEA) has demanded that the government make the tax at source on the RMG sector at the previous 0.5 per cent from the existing 1 per cent.

The BGMEA made the appeal in a letter to the National Board of Revenue (NBR) recently.

The Association mentioned that the apparel sector is now passing through a tough time considering the current global context for which the tax at source should be fixed at 0.5 per cent and thus should be enforced for the next five years.
"Without such policy support, it will be hard to maintain the competitive edge of the RMG industry," said the BGMEA in the letter.

The letter, signed by BGMEA President Faruque Hassan, noted that if the tax at source is made at 0.5 per cent for the next five years, it would be possible to maintain export competitiveness.

"If the industry remains alive, there will be newer employments while export competitiveness and revenue income can also be increased through raising competitive edge without raising the tax rate," the letter added.

The tax at source on the apparel sector has been increased to 1 per cent from the previous 0.5 per cent in the current fiscal year (FY23).