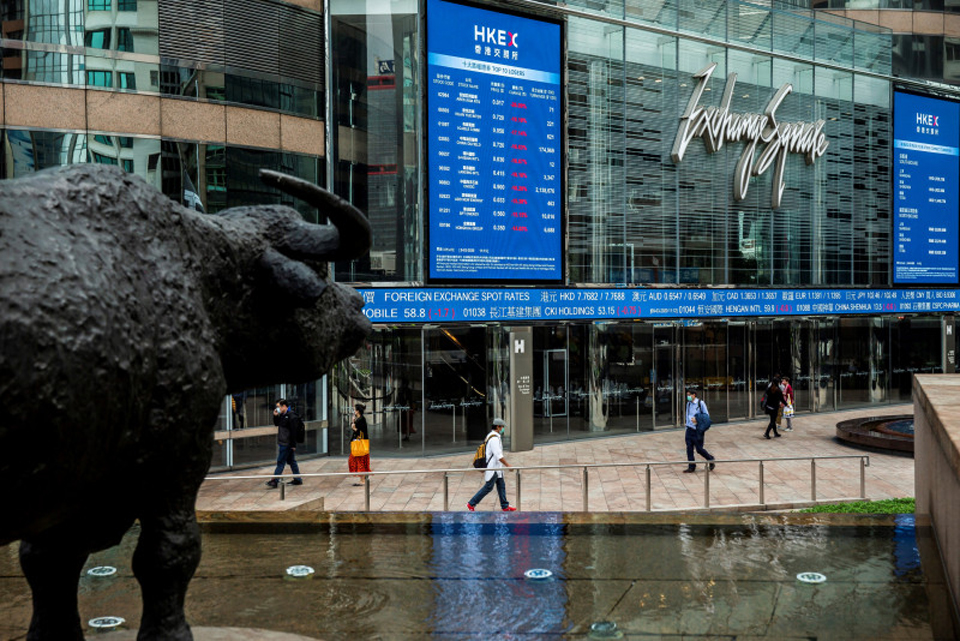 But while officials at the Federal Reserve and its peers are expected to keep
tightening monetary policy for the rest of the year, talk is building that
they will be able to ease up in 2023 -- and maybe even cut rates -- if the
pace of price rises comes down.

Minutes from the Fed's July meeting will be pored over when they are released
later in the day, with investors hoping for some insight into policymakers'
thinking and an idea of its plan for next month's gathering.

"We expect the ... minutes to have a hawkish tilt," Carol Kong, at
Commonwealth Bank of Australia, said. "We would not be surprised if the
minutes show (officials) considered a 100 basis points increase in July."

The bank lifted rates by 75 points in both June and July.

Forecast-beating earnings from retail titans Walmart and Home Depot provided
optimism that US consumers remain resilient even as inflation remains
elevated and borrowing costs are going up.

However, Asia struggled to match the positive lead from Wall Street, with
concerns about China's economy dampening appetite.

However, analysts said markets are more concerned about the debilitating
impact of lockdowns and other strict containment measures implemented as part
of the government's zero-Covid strategy.

"Not only do investors hate uncertainty, but the negative economic impact of
this policy is increasingly visible."

Hong Kong was flat and Shanghai slipped, while there were also losses in
Seoul and Wellington.

Equities have enjoyed several weeks of gains since hitting their June lows,
and while the initial bounce was broadly seen as a bear market rally there is
a hope that they may have already reached their nadir.

"Bear market rally calls are suddenly becoming quiet these days. The risks of
the Fed sending the economy into a recession are easing as inflation is
slowly coming down.

"The Fed's soft landing seems achievable and that has allowed this rally to
continue."