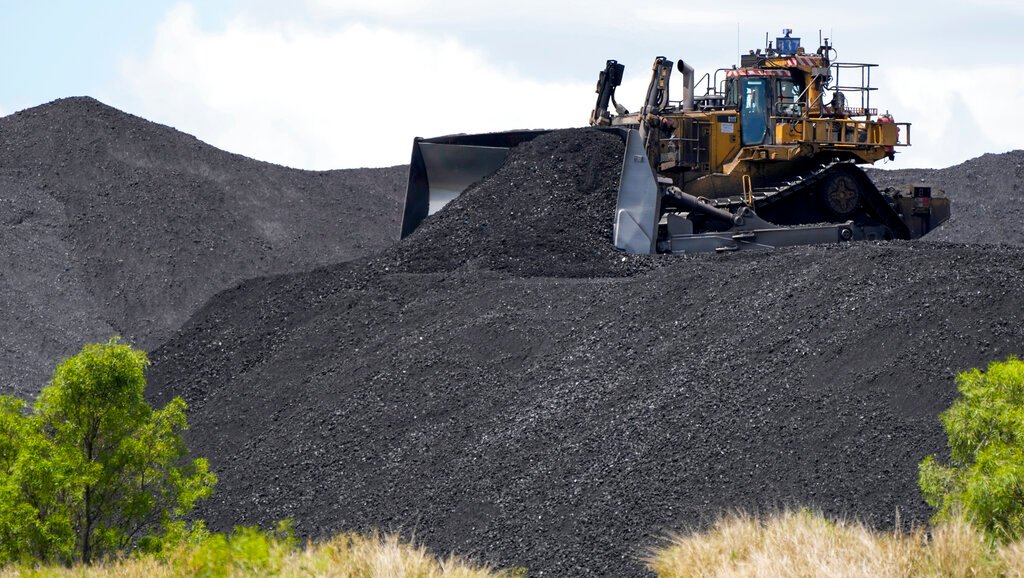 The company recorded US$23.8 billion in underlying attributable profit after a busy year in which it completed a merger with petroleum giant Woodside.

BHP's stellar results -- which will see shareholders paid a full-year dividend of US$3.25 per share -- outpaced analysts' expectations as many others in the mining sector face tough times.

Rival miner Rio Tinto recently reported that its profits fell sharply in the past year and halved its dividend.

Copper was also a boon to the company's fortunes, despite some recent price drops.

"These strong results were due to safe and reliable operations, project delivery and capital discipline, which allowed us to capture the value of strong commodity prices," BHP chief executive Mike Henry said.

However, BHP warned conditions may soon cool: "Growth momentum has slowed across many key regions, and caution remains due to geopolitical uncertainty as well as COVID-19."

It pointed to advanced economies in particular, where many central banks are trying to rein in inflation.

"We expect to see a slowdown in advanced economies as monetary policy tightens, as well as ongoing geopolitical uncertainty and inflationary pressures," Henry said.

BHP also revealed in its results that the impact of Covid-19 on its operations was US$1.5 billion, largely due to constraints on labour and supply.