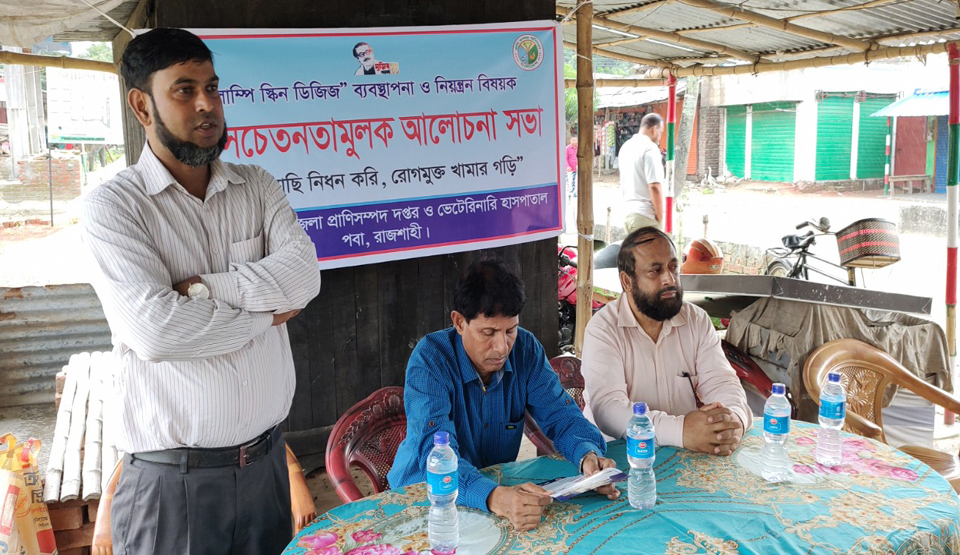 RAJSHAHI, Oct 4, 2022 (BSS) - Experts urged the cattle farmers not to be
panicked about the lumpy skin disease (LSD) because it's not devastating but
preventable.

They also told them various motivational programmes were launched to create
awareness among the public in general so that they can mitigate the problem
with courage.

The experts made the observation while addressing a farmers gathering related
to generating public awareness organized by the Department of Livestock
Services (DLS) at Bhugrail village under Paba upazila in the district
yesterday.

Dr Zulfiker Hossain told the meeting that 4,0000 dose vaccines were given to
bring the cattle under vaccination in nine upazilas of the district.

Several preventive measures were discussed in detail in the meeting to
prevent the outbreak of LSD in the district.

Dr Nazrul Islam directed the officials concerned to organise more awareness
camps about the preventive measures of LSD at community level, rural areas
and dairy belts where cattle are raised in large numbers.

He further instructed them to issue advisories of the departments on social
media platforms as well on local radio and television.