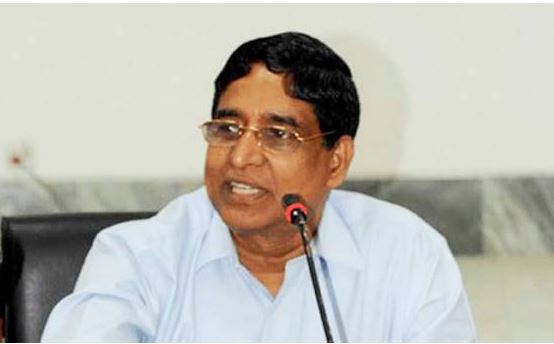 DHAKA, August 14, 2022 (BSS) - Agriculture Minister Dr M Abdur Razzaque today
warned of tougher action against those who will be found involve in selling
fertilizer in exorbitant price compare to the price fixed by the government
as the country has substantial stock of fertilizer.

"Directives have already been given to the concerned field level officials to
strictly monitor that none can sale fertilizer in excessive price...If any
allegation found then strict punitive action would be taken," he said.

The minister said this while exchanging views with the journalists on
contemporary affairs at his secretariat office here this afternoon.

"The country has enough stock of all kinds of fertilizer including Urea, TSP,
DAP and MoP," he said, adding that the concerned officials must be kept vigil
that none can create artificial fertilizer crisis in anywhere in the country.

Dr Razzaque, however, said recent fuel price hike would not create any impact
on fertilizer price, adding: "Even the production would not be hampered but
the price of the agro-commodity will soar."

Responding to a query, the agriculture minister said: "The government is
trying exclusively to reduce the hardship of the people," he said, adding
that the price of food stuffs, fertilizer, oil and gas has been soared
exorbitantly resulting in various global reasons including ongoing pandemic
and war between Ukraine and Russia.

As part of minimizing people's hardship, Dr Razzaque said the government will
distribute rice to 50 lakh families at a cost of Taka 15 per kilogram. Even
different social safety net programmes will also be continued.