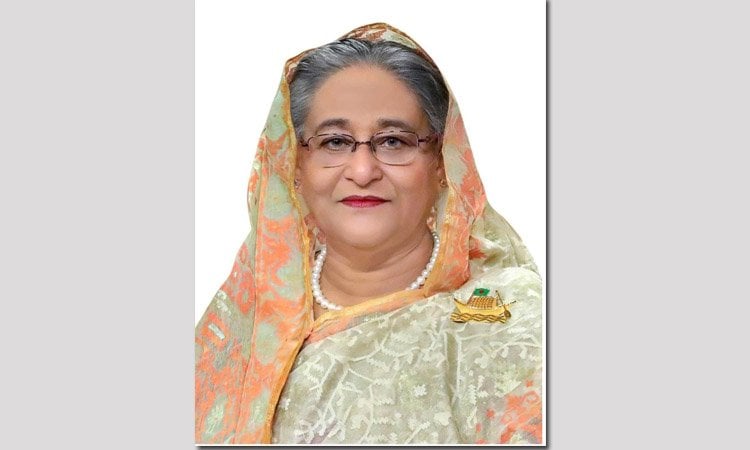 "In exchange for their supreme sacrifices, we have got an independent and
sovereign state and Awami League has become the largest organization to the
people of Bangladesh," she added.

She with great respect recalled the four national leaders, all martyrs of
struggles for freedom, Liberation War and struggles for democracy and all
leaders and workers of AL who had embraced martyrdom to turn the party into
the largest organization of the masses.

Bangladesh Awami League was formed on June 23 in 1949 at "Rose Garden" in KM
Das Lane in Dhaka to emancipate the Bengali nation and realize their rights,
the premier said, adding Bangabandhu Sheikh Mujibur Rahman was elected Joint
General Secretary when he was in jail.

Noting that every achievement on this land was realized under the leadership
of AL since its inception, Sheikh Hasina said, "The Language Movement in
1952, the Jukta Front election in 1954, the anti-Ayub movement in 1962, the
restoration of communal harmony after the 1964 riot, the six-point movement
in 1966 and the mass upsurge in 1969- took place under the leadership of the
AL".

She continued that on the Black Night of March 25 in 1971, the Pakistani
occupation forces swooped on the unarmed people and began the history's most
brutal genocide while Bangabandhu was also arrested.


The prime minister said Bangabandhu Sheikh Mujibur Rahman, however, had
declared the country's independence (using the then EPR wireless) in the
first hour of March 26 before his arrest.

The premier said the country had achieved its final victory on December 16 in
1971 following the Liberation War conducted under the AL government formed on
April 17 at Mujibnagar in Meherpur district.

After independence when Father of Nation Bangabandhu Sheikh Mujibur Rahman
was busy in building 'Sonar Bangla', the assailants killed Bangabandhu and
most of his family members on the fateful night of August 15, 1975, she said.

Subsequently, on November 3 in 1975, the four national leaders were killed in
prison to make Awami League leaderless, the Prime Minister said, adding that
there were national and international conspiracies to destroy the AL, but
those intrigues went in vain.

Sheikh Hasina said after a long struggle to establish democracy, AL returned
to power in 1996 and then the party ran the country successfully from 1996 to
2001.

"...AL won a landslide victory in the 2008 election with a manifesto 'Charter
of Change of Days' (Din Bodoler Sanad)' and formed a government and since
then AL has formed government three times in a row," she said, adding that
the AL-Led government has executed the trial of the killers of the Father of
the Nation Bangabandhu and war criminals through forming the International
Criminal Tribunal.

The Fifteenth Amendment to the Constitution has ensured the rights of the
people to vote, thus closing the way for illegal seizures of power, she
added.

The present Awami League-led government has made incredible development in
the last 13 and half years, she said.

"We are now a developing country. We have ensured the benefits of development
up to the grassroots level. We have strengthened the rural economy," she
added.

Today, the rank of Bangladesh in the world economy is 41st.


"The size of our GDP has exceeded Taka 39 lakh crore while the per capita
income has increased by $2,824," the Premier continued.

She said the government formulated the second perspective plan to achieve the
'Sustainable Development Goals' by 2030 and to build a developed and
prosperous Bangladesh by 2041 alongside adopting the 'Bangladesh Delta Plan-
2100'.

"We have established Digital Bangladesh. We have entered into the era of the
5G network as the 9th country in the world. We have also extended broadband
internet facilities in marginal areas. The launch of the Bangabandhu-1
satellite has made it easier to provide internet services," she added.

"We are establishing 100 special economic zones. We have established
sovereignty over the vast maritime area in the Bay of Bengal," she said.

The much-awaited multipurpose Padma Bridge will be inaugurated on June 25
next, she said, adding that this year, Metrorail and Karnaphuli tunnel will
start operation.

"We have modernized and improved the road, rail, air and sea communication
systems. We are building houses for homeless people so that no one is left
homeless. We have built houses for over 8 lakh families since 1996," she
added.

"We have established Palli Sanchay Bank (PSB) for poverty alleviation through
the 'Amar Bari Amar Khamar' project," she said.

"We have successfully celebrated the 'Mujib Year' and the golden jubilee of
the country's independence in the presence of the distinguished guests from
home and abroad," she added.

She further said that the government is following the 'Zero Tolerance'
principle to eradicate militancy, terrorism and drugs.

"So far, we have provided about 28 financial and incentive packages worth Tk
1 lakh 87 thousand 67 crores to deal with the Coronavirus pandemic," she
continued.

As a result of the implementation of 28 incentive packages, about 7 crores 29
lakh 97 thousand people and about 1.72 lakh organizations have directly been
benefited so far, she said.

Upholding the ideals of Bangabandhu and the spirit of the War of Liberation,
AL leaders, activists and supporters have strengthened the party-AL, she
said.

AL leaders, activists and supporters have turned the party into a pro-people
organization by gaining the confidence of the countrymen, she added.

The premier believed that AL will become more dynamic and for that,
Bangladesh will move forward with the talent, hard work, sacrifice and
efficiency of the party's leaders and workers.

She wished success to all the programmes taken on the occasion of the 73rd
founding anniversary of the Bangladesh Awami League.