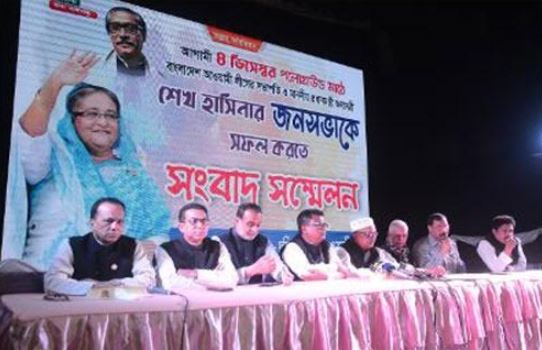 He hoped that the people of Chattogram will greet Bangabandhu's daughter Prime Minister Sheikh Hasina.

Referring to many mammoth public meetings in Chattogram in the past, Swapan said the public meeting on the next December 4 will create a new record by breaking previous ones.

He was addressing a press conference at city's Jamalkhan Senior's Club on Friday.