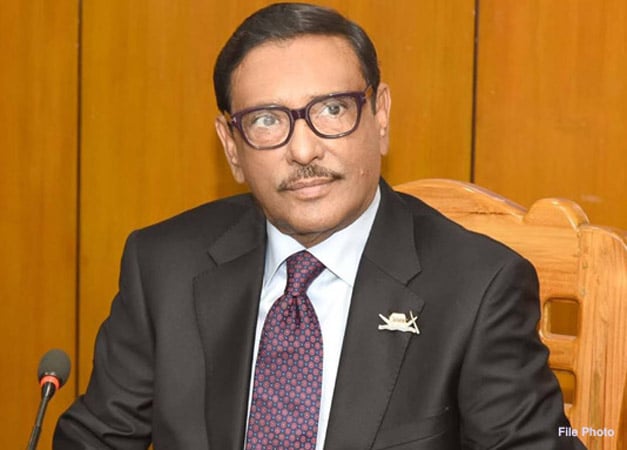 NOAKHALI, Dec 2, 2022 (BSS) - Awami League General Secretary Obaidul Quader today said the movement of BNP means arson terrorism as the party is the patron of militancy and the trusted resort of communalism.

"BNP is giving signal that it will add the elements of violence to its movement. People have panicked now. We are in power and we don't want any unrest," he said while virtually speaking at the triennial conference of Companiganj Upazila unit of Awami League at Basurhat AHC Government High School ground in Companiganj here.

Referring to Tarique Rahman's statement, a fugitive since 2008, that Hasina would flee away the country," he said that Tarique even didn't mention the name of the premier with honour.

Quader, also the road transport and bridges minister, said the BNP wanted to kill Sheikh Hasina on August 21 in 2004 while Ziaur Rahman had killed Father of the Nation Bangabandhu Sheikh Mujibur Rahman.

Mufti Hannan claimed that the grenade attack was carried out as per the directives of Hawa Bhaban, he said.

In the second session of the conference, Basurhat municipality mayor Abdul Quader Mirza was selected as the president of Companiganj upazila unit AL and former upazila chairman Mizanur Rahman Badal as its general secretary.