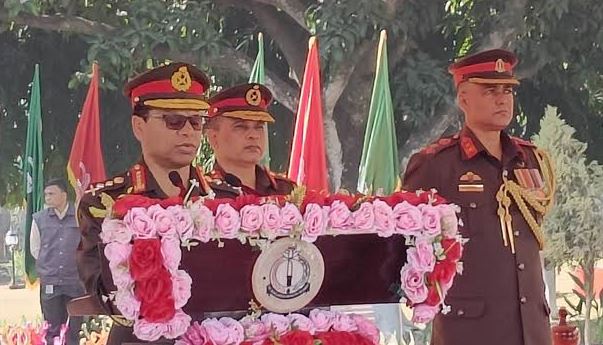 He also asked the army men to be prepared to protect the country's constitution and sovereignty side by side with discharging their professional duties.

The army chief came up with the instruction while giving regimental colour in the annual commanding officers conference of six units of Bangladesh Army at Rajshahi Cantonment here as chief guest.

Army Chief General Shafiuddin Ahmed said the present Bangladesh is marching forward vibrantly under the dynamic and prudent leadership of Prime Minister Sheikh Hasina.
He added that expansion and modernization of Bangladesh Army are being done for the implementation of Forces Goal- 2030.

General Shafiuddin Ahmed also expressed his thanks for presenting a disciplined, attractive and smart parade to mark the regimental colour giving ceremony.