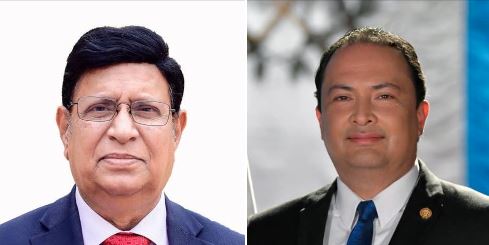 He made the proposal when his Guatemalan counterpart Mario Adolfo Bucaro Flores made a telephone call to him, a foreign ministry press release said here.

He expressed Bangladesh's willingness to further strengthen the bilateral ties between two countries.

Flores hoped to develop a much stronger relationship with Bangladesh in the coming days.

He also hoped for continuous support from Guatemala in bringing a sustainable and permanent solution to the Rohingya crisis by ensuring the urgent return of the forcibly displaced people to their homeland in Myanmar.

The two foreign ministers also reiterated their commitment to work together in the multilateral front to address the global issues like tackling climate change, displacement of people, ensuring sustainable development, among others.