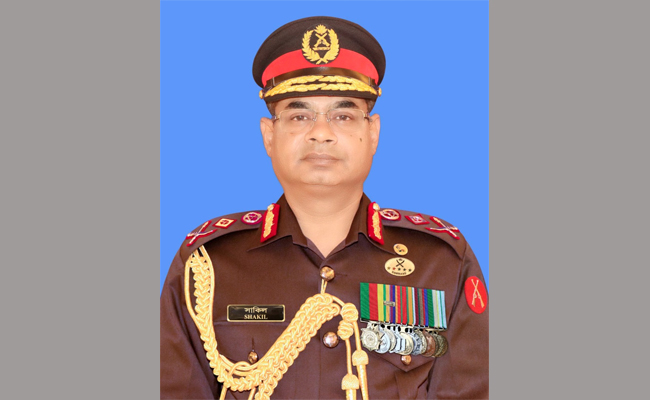 "BGB and BGP will not accept separatists' activities on the Bangladesh-Myanmar border. For this reason, the border guards of the two countries have agreed to start joint patrolling," he said.

He said these at a press conference held at BGB Headquarters' here after attending the recently ended '8th Senior Level Border Conference' between BGB and BGP.

The five-day long conference which began in Nay Pyi Taw of Myanmar on Thursday morning last, concluded with the signing of a Joint Records of Discussion (JRD).

Bangladesh delegation consisting of 10 senior officials from Border Guard Bangladesh, Ministry of Home Affairs, Ministry of Foreign Affairs and other organizations attended the conference, according to a press release.

It was led by DG of BGB Major General Shakil Ahmed.

In his opening remarks in the conference, Deputy Chief of Myanmar Police Force (MPF) extended warm and hearty welcome to the Bangladesh delegation.

He expressed his willingness to address the border issues on the basis of a friendly and brotherly spirit between BGB and BGP and in consultation with the concerned agencies and authorities.

Emphasizing Myanmar's adherence to the Border Agreement-1980 he urged to enhance bilateral cooperation in combating illicit drugs and psychotropic substances and to prevent illegal border crossing.

He also urged to resume coordinated patrols between the two guarding forces to counter the potential threats posed by terrorist groups along the border.

Director General, Border Guard Bangladesh, in his opening remarks, expressed his gratitude and appreciation to the Myanmar government and Deputy Chief of Myanmar Police Force for a cordial and generous hospitality extended to the delegation members from Bangladesh.

He expressed his satisfaction over the conference and termed this as a great initiative and milestone achievement to establish wonderful bilateral relationship between BGB and BGP (MPF).

Expressing his grave concern over the ongoing unstable security situation in close proximity to the international boundary inside Myanmar, DG BGB urged upon BGP to adopt necessary measures in arresting the situation.

He highlighted the need for joint efforts of both forces in curbing the drugs and narcotics inflow to Bangladesh from Myanmar and combating different trans-national crimes including illegal border crossing and sought cooperation from BGP.

DG of BGB also reiterated the national concern about the early repatriation of Displaced Myanmar Nationals from Rakhine temporarily sheltered in Bangladesh and solicited appropriate endeavor from Myanmar side.

Several decisions were agreed upon by both sides in the conference such recognizing significance of information sharing to maintain peace and law enforcement in the border areas.

Both sides agreed to share information by various means on a timely basis between the designated contact points at various levels.

Both sides agreed to organize the coordination/flag meeting at Battalion Commander Level once in every two months, Region Commandeer Level twice a year, and Senior Level Meetings between BGB and BGP (MPF) twice a year.

All forms of meetings will be convened alternatively.

Besides, the BOP Level (Company Commander Level) meeting will take place at the border area as and when required or at least once/twice in a month.

Both sides agreed to work together against various terrorist groups along the Bangladesh-Myanmar border.

In this regard, Bangladesh emphasized on zero tolerance policy.

Both sides agreed to collaborate with each other actively and effectively to prevent the activities of trans-border criminal gangs by sharing real-time information.

Recognizing the threat of terrorists and terrorist groups, both side agreed to cooperate with each other actively and effectively to prevent illegal border crossing.

Both sides agreed to share real-time information regarding the existence of miscreants/terrorist groups if noticed on either side of the bordering areas.

Bangladesh will maintain a 'Zero Tolerance' policy with an all-out effort to prevent illicit drugs and psychotropic substances especially Yaba and Crystal Meth ICE trafficking along the border and the Myanmar side will continue anti-drugs measures following its national drug control policy.

Both sides agreed to arrange seminar or symposium about the negative impact of the drug to facilitate public awareness amongst the bordering people.

Both side agreed to work jointly to improve present border situation through information sharing and informing respective appropriate agencies/authorities and pursue to keep the border stable and peaceful for bordering people.

Both sides agreed to conduct the handing/taking ceremony for the people who served their sentences in accordance with the respective domestic laws through the flag meeting or ad hoc meeting between the relevant BGP (MPF) and BGB battalion Commanders.

Both sides agreed to maintain the border norms and practices and to share information with each other about any incident of firing/shooting/explosion/ movement of security forces at the border including early information of any flying of drones/aircrafts/helicopters to avoid misunderstanding and untoward situation.

Myanmar side took note of the concern of Bangladesh on the issues of landmine and electrification of the border fence.

Both sides agreed to implement various confidence building measures including games and sports, training exchange programmes, mutual visits of the family welfare association and good will visits between BGB and MPF on the basis of mutual convenience.

Both sides agreed to make quick responses to correspondence to the fullest extent possible, based upon the respective domestic procedures of both sides.

It was provisionally decided to hold the Senior Level 9th Border Conference between BGB and BGP at Dhaka, Bangladesh in May or June, 2023 based on a mutually agreed and convenient schedule.

He discussed the repatriation of Forcibly Displaced Myanmar Nationals (FDMN) and other bilateral issues related to the both forces.