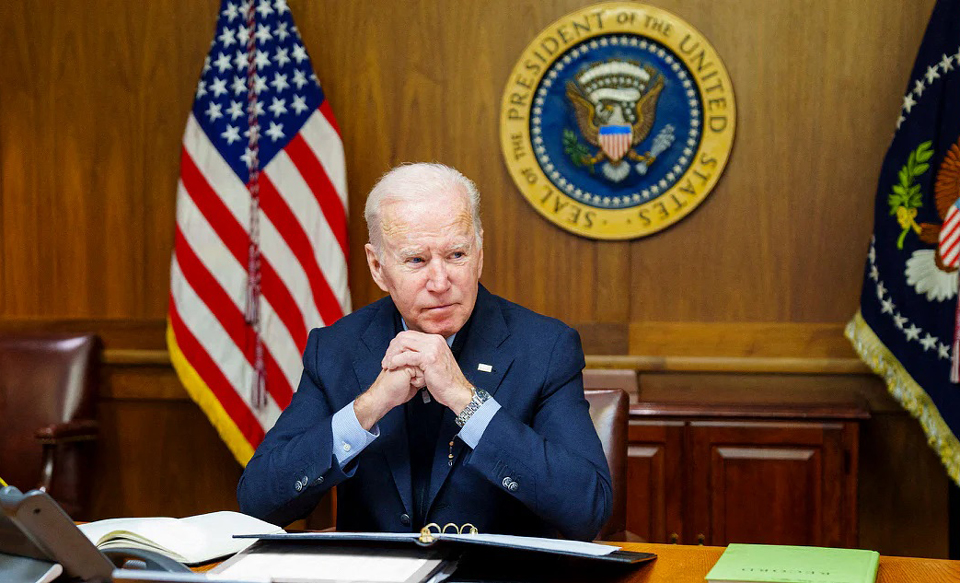 WASHINGTON, Nov 29, 2022 (BSS/AFP) - US President Joe Biden is monitoring unrest in China by protesters demanding an end to Covid lockdowns and greater political freedoms, the White House said Monday, as rallies popped up in solidarity around the United States.

The comments came after hundreds of people took to the streets in China's major cities over the weekend, in a rare outpouring of public frustration that has spread to international Chinese-speaking communities.

Kirby would not describe Biden's reaction to the demonstrators' demands, saying: "The president's not going to speak for protesters around the world. They're speaking for themselves."

But he stressed US support for the demonstrators' rights.

"People should be allowed the right to assemble and to peacefully protest policies or laws or dictates that they take issue with," Kirby said.

Earlier Monday, the US State Department implied that China's strict lockdown policies were excessive, with a spokesperson saying "it's going to be very difficult" for China to "contain this virus through their zero-Covid strategy."

Discontent has been brewing for months in China over harsh coronavirus control measures, with relentless testing, localized lockdowns and travel restrictions pushing many to the brink.

That frustration was brought to a head after a deadly fire broke out last week in Urumqi, the capital of northwest China's Xinjiang region, with many blaming Covid-19 lockdowns for hampering rescue efforts.

Around the United States, notably on university campuses, rallies sprang up Monday in support of the protests in China.

Around 100 people, many of them students, gathered in Washington to call for greater freedoms and mourn those who died in Urumqi.

Referring to protests across China, another student Zhou, 22, said: "My friends and I never imagined things would develop so rapidly."

Attendees held white sheets of paper symbolizing censorship and chanted slogans including "Freedom of speech! Freedom of assembly! Tear down the firewall!"
In the evening, similar rallies were held in New York, on the campus of Columbia University, as well as at North Carolina's Duke University.

Like at the protests in China, some in the crowds called for the resignation of Chinese leader Xi Jinping, who recently secured a historic third term while consolidating power over the country's billion-plus population.

Dozens of people gathered at the University of California's Berkeley campus chanted in Mandarin "Xi Jinping, step down!"

There were also shouts in English of "Free China!," while one protester was seen carrying a drawing of Xi with the slogan "Death to the dictator."

Earlier on Monday in Washington, around 25 members of the Uyghur community gathered outside the State Department, and called on the United States and other democracies to apply further pressure on Beijing.

"We want them to issue a formal statement condemning the loss of lives, Uyghur lives, and to call for full transparency on the real number of deaths that occurred," said Salih Hudayar, a Uyghur-American who campaigns for Xinjiang independence.

"We're hoping that the international community supports these protesters in demanding accountability from the Chinese government," he added of protests in China.