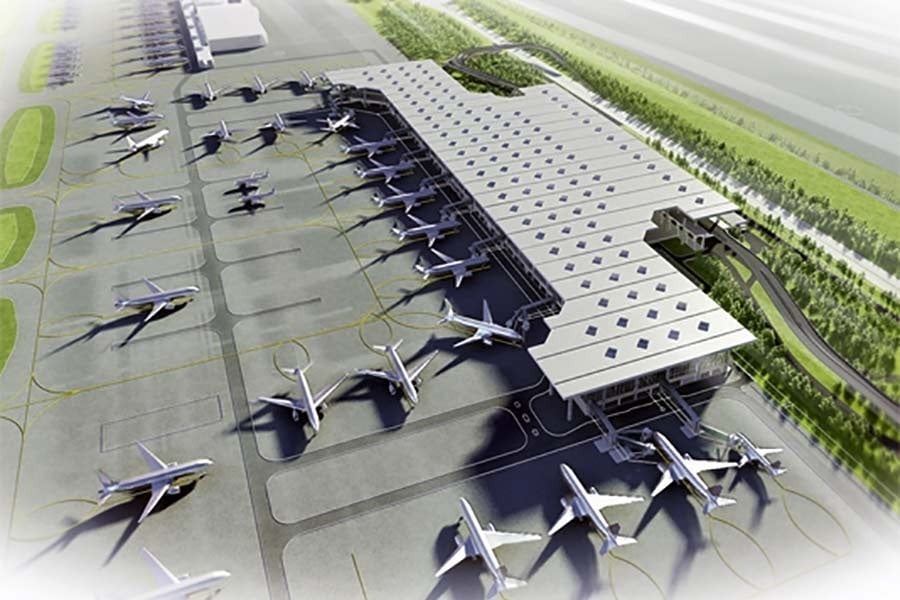 DHAKA, Nov 27, 2022 (BSS) – More than 50 percent of construction work of the third terminal of Hazrat Shahjalal International Airport (HSIA) have already been completed while the new terminal is expected to be under operation next year.

The CAAB chief unveiled the development while interacting with the newly elected executive committee of Aviation and Tourism Journalists Forum of Bangladesh (ATJFB) at CAAB headquarters in the capital.

The chairman said the construction work was not hampered during the lockdown due to corona pandemic while the pace of the work would be expedite in rest of the months prior to its inauguration.

ATJFB president Md Tanzim Anwar sought CAAB’s support in arranging media training and workshops on different technical issues related to aviation industry to increase capacity of the reporters those have been working in this field.

The CAAB chairman congratulated the new leadership of the ATJFB, the only platform of the aviation and tourism reporters in Bangladesh.

According to project sources, the HSIA third terminal is being constructed on 542,000 square metres of land and will have a floor space of 230,000 square metres, 177 check-in counters, 64 departure and 64 arrival immigration desks.

Once completed, the terminal can serve around 22 million passengers every year which is more than double than the HSIA is handling currently, as per the civil aviation authority sources.

The third terminals will be able to handle five lakh tonnes of cargo compared with the current two lakh tones, it added.

On 28 December 2019, Prime Minister Sheikh Hasina inaugurated the construction work of the Tk21,300 crore "Third Terminal of HSIA" in Dhaka aimed at increasing the airport's passenger and cargo capacity.

Of the total cost, the government will provide Taka 5,000 crore and the rest will be funded by the Japan International Cooperation Agency (JICA).