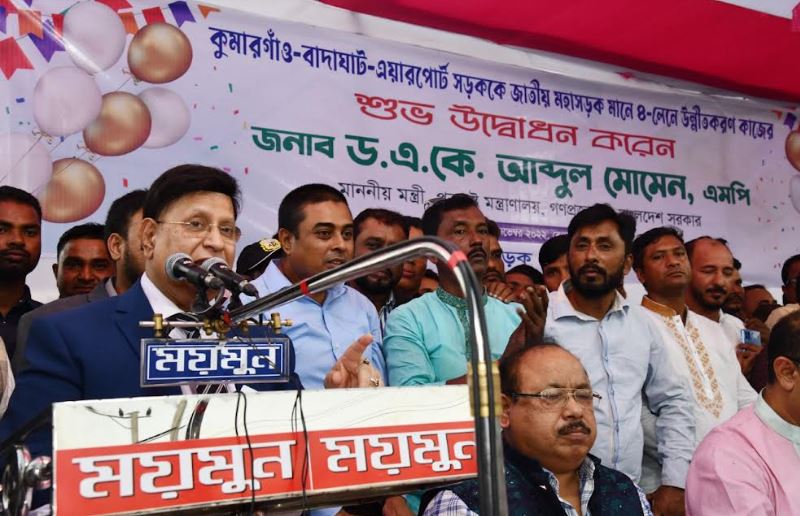 "Prime Minister Sheikh Hasina has showed the country's strength by constructing tunnel beneath river Karnaphuli. So, keep trust in Sheikh Hasina and country's progress will be continued," he said.

Momen was addressing a function following the inauguration of construction works of Airport-Badaghat-Kumargaon four-lane highway at Temukhi point in the city.

About the highway, he said, once completed, it will facilitate residents of sadar upazila, Sylhet city and airport users and it will lessen traffic congestion.

The 12-kilomtere highway project got approval in the ECNEC on January 4 this year.

The project will be implemented at a cost of around Taka 728 crore. Under the project, two bridges, 24 culverts and two intersections and others will be built.