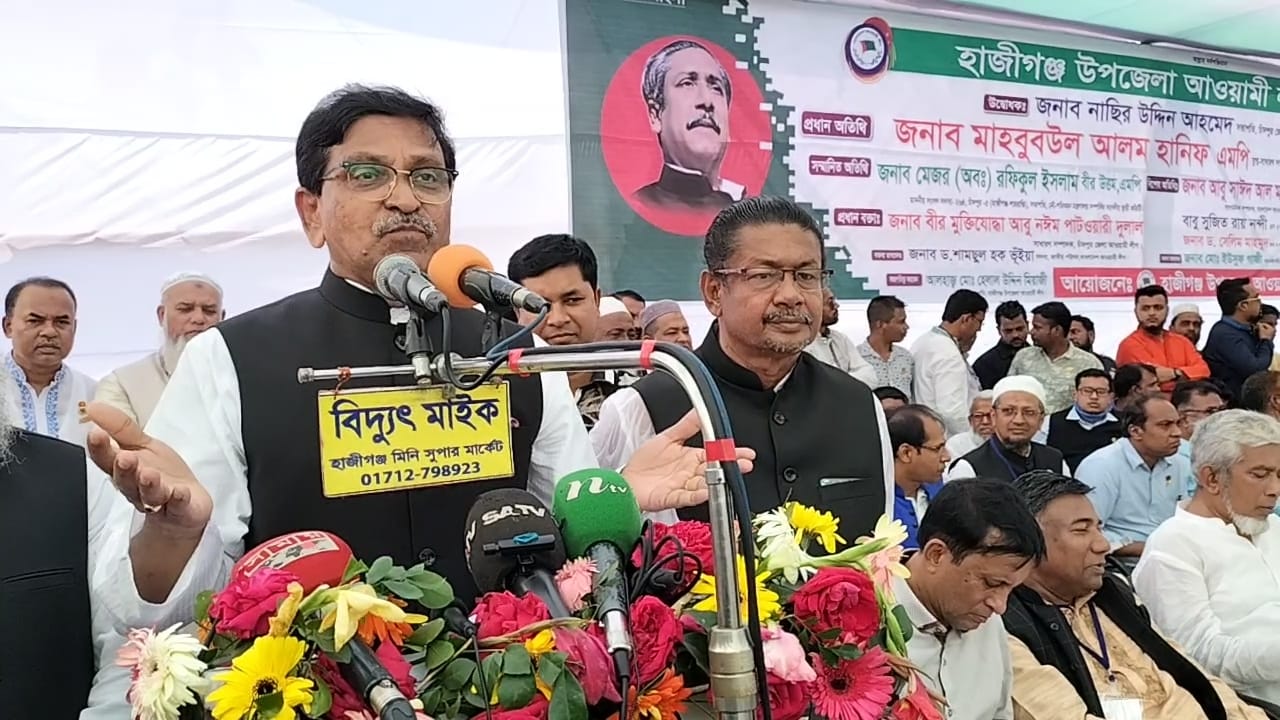 "If BNP-Jamaat makes any conspiracy to carry out subversive acts centering its December 10 rally, they will face a befitting reply," he told the triennial council of Haziganj upazila AL in the upazila.

Hanif said BNP is making inciting comments in various places in the name of rally. They think that the AL government will not stay in power after BNP's December 10 rally, he said.

But they should keep in mind that the people of Bangladesh will not fear any kind of threat from anti-liberation forces in the month of victory, he added.

Helal Uddin and Gazi Moinuddin have been reelected president and general secretary respectively of the Haziganj Upazila AL for three years.