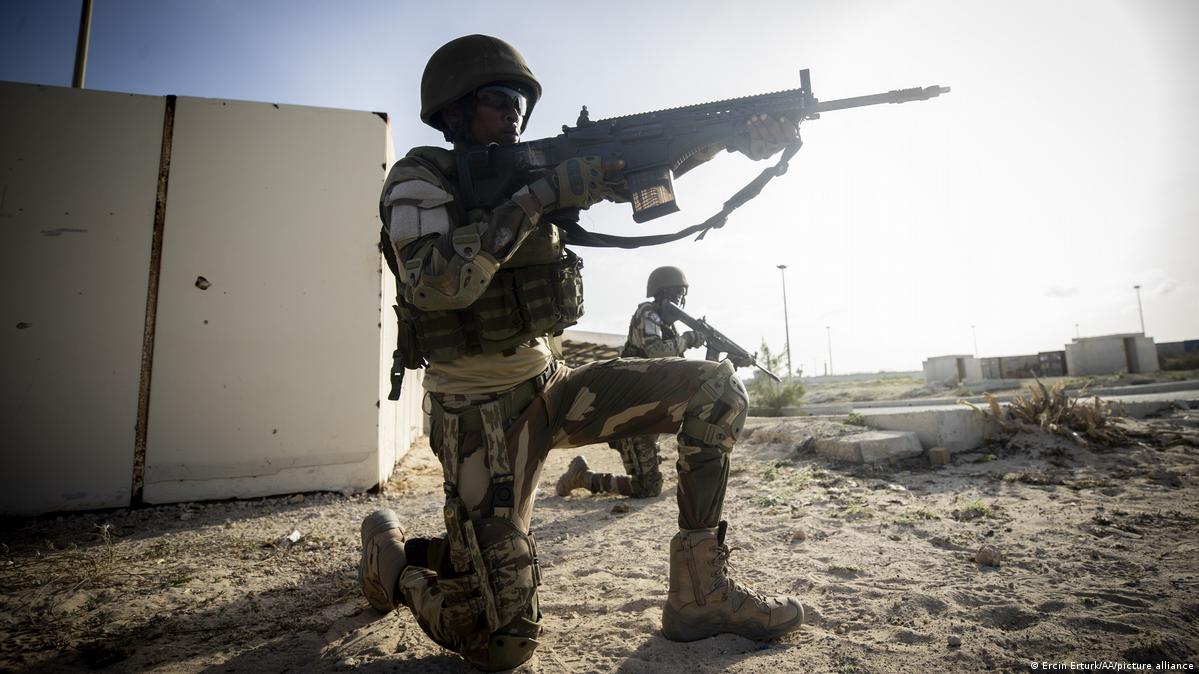 NAIROBI, Nov 26, 2022 (BSS/AFP) - Somalia's government has declared "all-out war" against the militant group Al-Shabaab and adopted a multi-pronged counterterrorism effort which -- despite some early headline-grabbing military gains -- promises to be long and difficult.

The dogged Al-Qaeda affiliate was driven from Somalia's major cities a decade ago but retains swathes of countryside, where a coalition of armed groups have joined forces against the insurgents in recent months.

Two clans in drought-afflicted central Somalia, sick of living under Al-Shabaab rule, sparked a revolt against the group in July that quickly spread across the regions of Hirshabelle and Galmudug.

In September, the Somali National Army and US-trained "lightning" commandos joined the fray in support of these clan militias, known as "macawisley" after the traditional sarongs worn by their fighters.

"The government wants to seize the current momentum and encourage these types of uprisings across Al-Shabaab-held areas in Somalia," said Omar Mahmood, a researcher at the International Crisis Group think tank.

Though it isn't clear how many combatants are involved in this broad offensive, the fighting has reached an intensity not seen in some years, with unconfirmed reports of hundreds killed in skirmishes.

Supported by US drone strikes and artillery and logistics from the African Union Transitional Force, this combined effort has chased Al-Shabaab from the strategic provinces of Hiran and Middle Shabelle.

In July, the country's newly elected president Hassan Sheikh Mohamud outlined his administration's plan for the Islamists: hit them militarily, choke off their finances, and counter their ideology.

"The previous policies were militaristic policies... attacking, destroying. But Shabaab's problem is more than a military" one, he said.

As a first step he named Mukhtar Robow -- one of Al-Shabaab's founders, who left the movement in 2017 -- religious affairs minister to challenge the militant's violent expression of Islam.

In October, the government threatened to revoke the business licenses of traders who paid "taxes" to Al-Shabaab and contributed to the millions they raise through extortion.

Washington recommitted troops to Somalia this year, reversing a decision under former US president Donald Trump.

"The government continues to try and build confidence among the public for them to stand up against the group. We're yet to measure the success of those declarations," said Samira Gaid of the Hiraal Institute, a Somalia-based security think tank.

The militants may have ceded some territory but are playing a long game, said Mahmood.

"Even if they lose in the short term, they will try to find ways to undermine government progress so that they can return."

The jihadists have returned to some areas abandoned in the face of the offensive, and escalated a campaign of bombing.

On October 29, Somalia witnessed its deadliest attack since 2017, with a double car bombing in the capital Mogadishu leaving 121 dead and 333 injured.

Gaid said the clan uprising was a "huge threat" to Al-Shabaab and they were adapting accordingly.

"They are responding heavily to try and push it back and to dissuade other clans to join the fight," she said.

President Mohamud told lawmakers in November that "going back or defeat is not an option".

But retaking territory is only half the objective.

"The hardest part is holding back that territory" and ensuring people can access services to see the benefit of government rule, he added.

Past gains against the militants have been eroded by bitter clan rivalries, which Al-Shabaab exploits to its advantage.

Clan clashes have already been reported in some areas recently liberated from the insurgents.

Mahmood said the government seems keen to expand its operation, but doing so could be fraught.

It's less clear the clans would unite against Al-Shabaab in southern Somalia, where the militants have more influence.

Al-Shabaab have resisted military aggression for 15 years and Mohamud himself declared in July "there are strong arguments" for negotiating with the militants.
"But we are not right now in a position to negotiate with Al-Shabaab," he said. "We will, at the right time. We will negotiate with them."

Gaid said: "It was always clear to the government that negotiation or reconciliation can only happen when you have an upper hand."

This offensive "will assist giving the government the upper hand to engage in talks further down" the line.