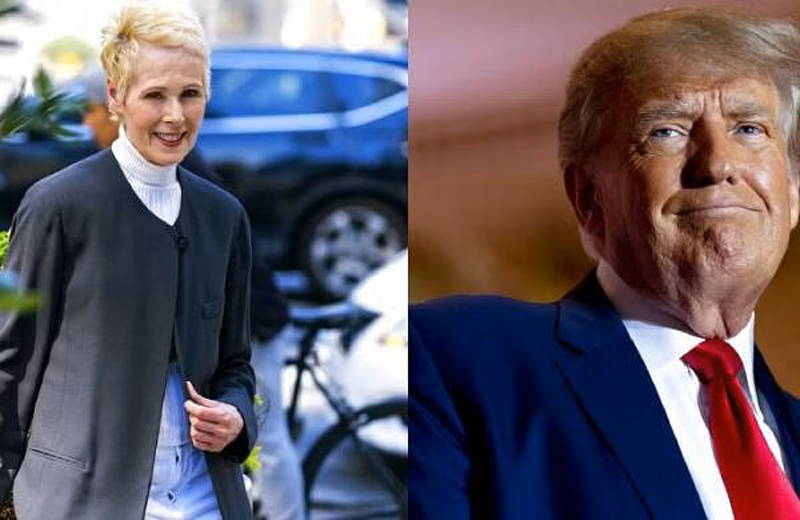 WASHINGTON, Nov 25, 2022 (BSS/AFP) - A journalist who alleges that Donald Trump raped her in the mid-1990s filed an upgraded lawsuit on Thursday under a new law that protects victims of sexual assault decades after attacks may have occurred.

The new filing by lawyers for E. Jean Carroll came minutes after a New York state law took effect that allows victims to sue without regard to statutes of limitation.

Carroll, 78, filed a federal civil defamation suit against Trump in November 2019, and that suit is ongoing. Both Carroll and Trump filed sworn depositions before a New York judge in October.

The upgraded lawsuit by Carroll, an author and former columnist for Elle magazine, accuses Trump of battery, "when he forcibly raped and groped" her, and for defamation in a post on his Truth Social account last month where he denied the alleged rape.

In this new suit Carroll seeks unspecified compensatory and punitive damages for psychological harm, pain and suffering, loss of dignity and damage to her reputation.

Carroll's previous lawsuit is scheduled to head to trial at the beginning of 2023. The presiding judge may decide to include the new claims in the trial.

Carroll first made her claim of sexual assault against Trump in a 2019 book, alleging that Trump raped her in a changing room at Bergdorf Goodman, an upscale department store in New York, in late 1995 or early 1996.

But until New York's new Adult Survivors Act took effect Thursday, Carroll could not file the battery claim because the alleged incident had occurred too long ago.

Trump has denied raping Carroll, or even knowing her, saying she was "not my type" and asserting that she was "totally lying."

Trump's lawyer in the case, Alina Habba, said she respects and admires those who come forward under the new New York state law.

But "this case is unfortunately an abuse of the purpose of this Act which creates a terrible precedent running the risk of delegitimizing credibility of actual victims," she told AFP in an email.

The new law gives sexual assault victims in New York state a one-year window to sue their alleged abusers even when the abuse occurred long ago.

In her new complaint, Carroll reiterated that she remained silent for more than 20 years out of fear of reprisals but changed her mind after the #MeToo movement in 2017 against violence toward women.

In his October 12 posting on his Truth Social account, Trump said Carroll "completely made up a story that I met her at the doors" of Bergdorf Goodman. "It is a Hoax and a lie, just like all the other Hoaxes that have been played on me."