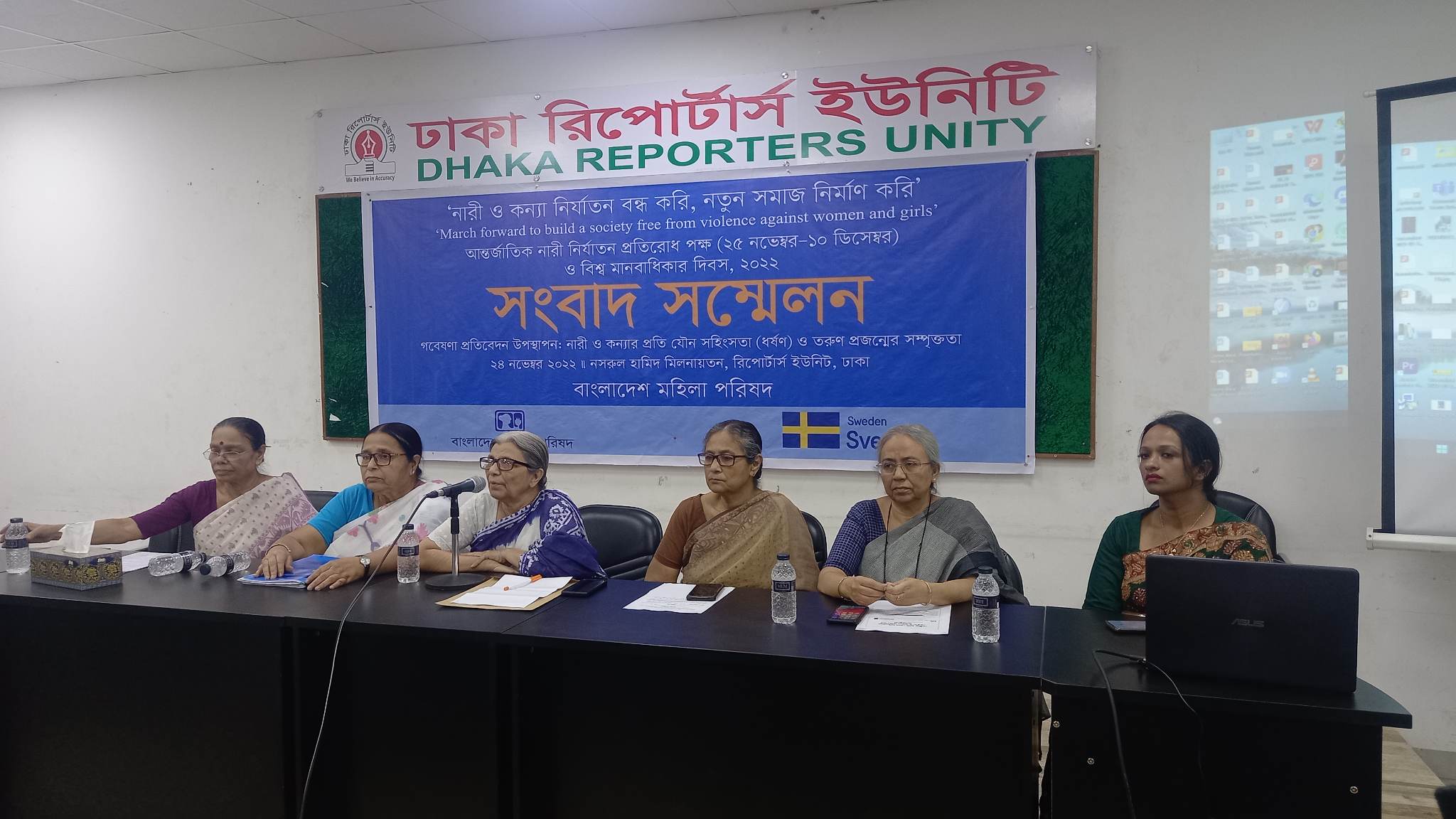 The Parishad revealed the detailed programme in a press conference held in Dhaka Reporters' Unity (DRU) auditorium at Segunbagicha here.

Associate Professor and Chairperson of Dhaka University Criminology Department Khandker Farzana Rahman presented a research report on "Sexual violence on women and girls (rape) and engagement of young generation" during the press conference.

BMP has set a slogan for the 15-day programme titled "Let Us Prevent Repression on Women and Girls and Build a New Society".

Fouzia Moslem said her organisation is working side by side with the government to build a woman-repression-free country by 2030.

To achieve the goal, social movement along with women's movement should be further intensified, she mentioned.

She urged law enforcement agencies to play a more sensible role to this end.

As part of the programme, a national convention will be arranged on November 28.

Besides, view-exchange meetings, consciousness-raising meetings and poster-making competitions will also be arranged across the country.