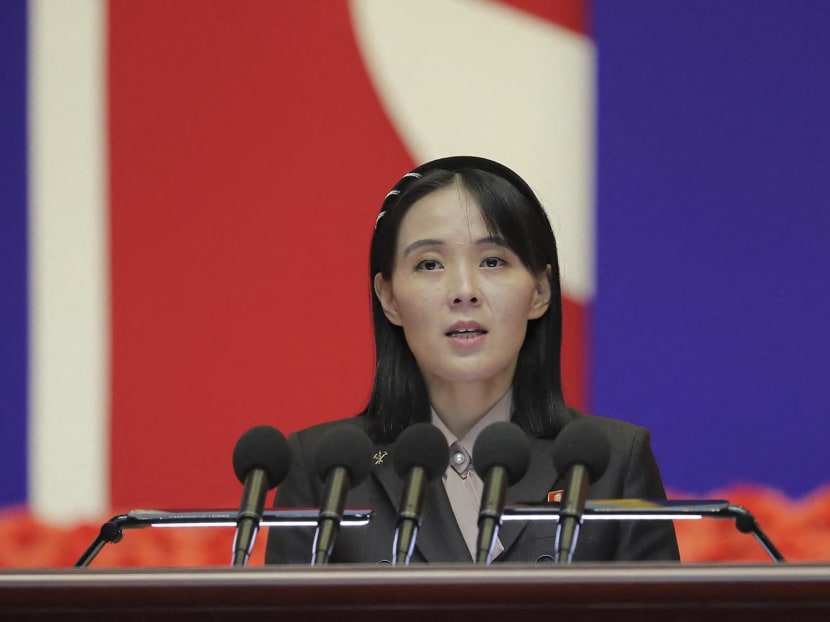 Kim Yo Jong's vitriol follows Seoul this week saying it was considering fresh unilateral sanctions on the North over recent missile tests, including an intercontinental ballistic missile launch last week.

"This disgusting act shows more clearly that the south Korean group is a 'faithful dog' and stooge of the US," Kim said in a statement carried by the Korean Central News Agency (KCNA).

"I wonder what 'sanctions' the south Korean group, no more than a running wild dog on a bone given by the US, impudently impose on the DPRK," she said, using the acronym of the North's official name. "What a spectacle sight!"

Pyongyang always refers to South Korea with a lowercase "s", an apparent sign of disrespect.

Kim accused South Korean President Yoon Suk-yeol of creating a "dangerous situation" and compared him unfavourably to his more dovish predecessor Moon Jae-in, under whom, she said, Seoul "had not been our target".

"I wonder why the south Korean people still remain a passive onlooker to such acts of the 'government' of Yoon Suk Yeol and other idiots," she said.

North Korea tends to issue statements before carrying out a provocation, Professor Yang Moo-jin of the University of North Korean Studies in Seoul said, adding: "There may be an armed demonstration against South Korea and the United States soon."

Friday's ICBM launch was the latest in a record-breaking blitz of recent Pyongyang launches, and officials and analysts in Seoul and Washington have warned they could culminate in a seventh nuclear test.

North Korea has a long history of colourful personal attacks against foreign leaders, and analysts have often noted the country's failure to use "diplomatic language".

"Basically, they can't speak well of the countries they consider enemies," said Go Myong-hyun, a researcher at the Asan Institute for Policy Studies.

Before US President Joe Biden was nominated as a candidate, Pyongyang called him "a rabid dog" that "must be beaten to death with a stick" and famously referred to his predecessor Donald Trump as a "mentally deranged US dotard".