AL will give befitting replay to BNP's falsehood: Nanak 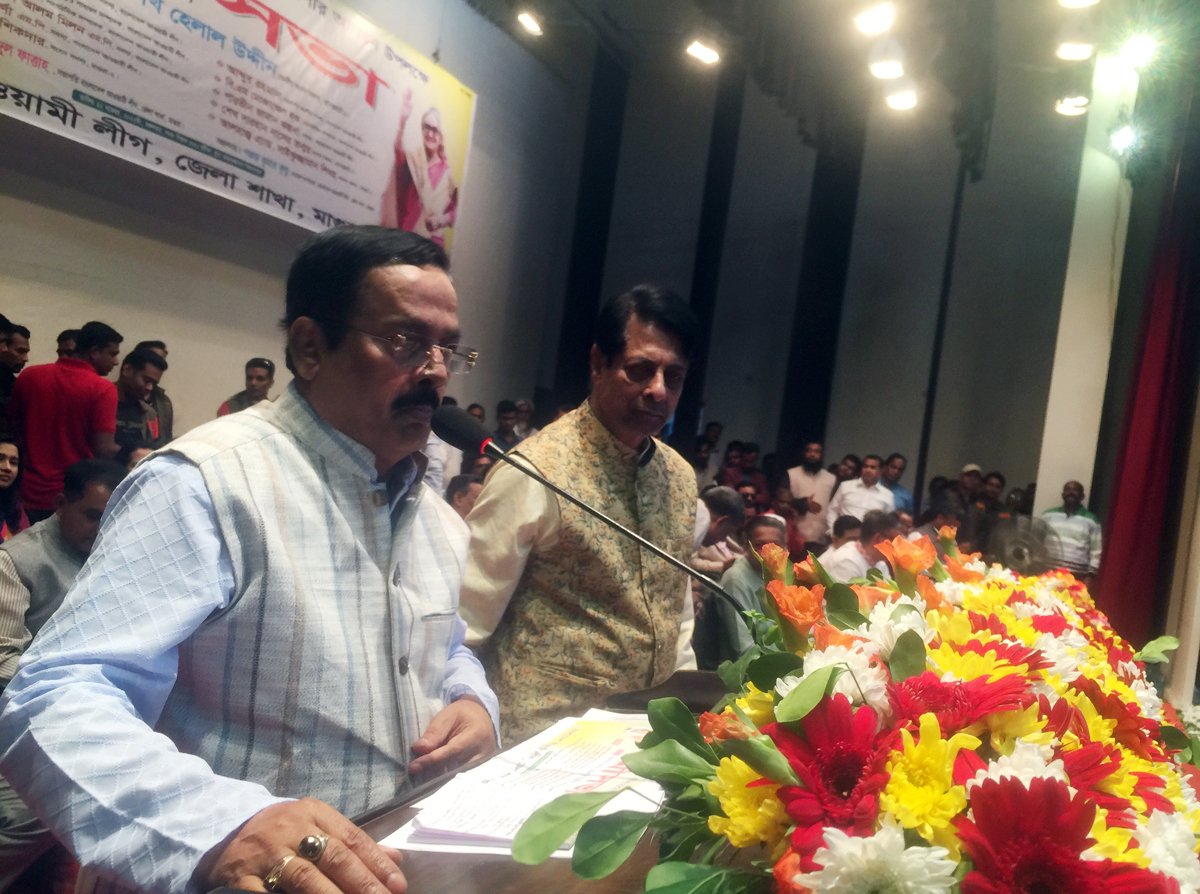 "The country is moving forward under the leadership of Prime Minister Sheikh Hasina... Her worthy son ICT Advisor Sajeeb Wazed Joy is leading the country to make it Digital Bangladesh," Nanak said while speaking at a workers' meeting of Magura Zilla Awami League as the chief guest at Asaduzzaman Auditorium here on Tuesday.

"BNP-Jamaat had created Bangla Bhai and Abdur Rahman when they were in state power in order to turn Bangladesh into a militant state," he said.

BNP's convicted leader Tarique Rahman had made Hawa Bhaban...BNP men have become insane as they could not grab state power through conspiracy.

Now, they are trying to come to state power illegal way, but AL leaders and workers won't let them make it happen, he added.

Nanak urged the party leaders and workers as well as people to join a public rally of AL President Sheikh Hasina to be held on November 24, in Jashore district.